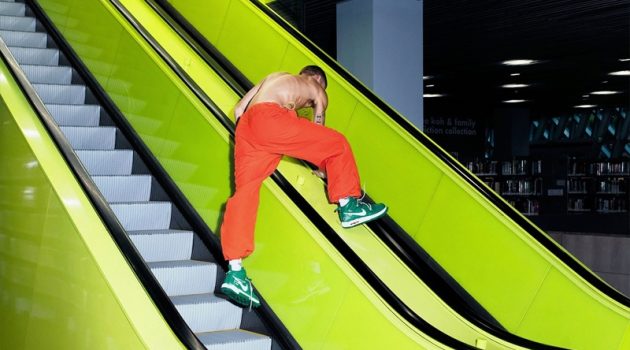 Scott Eastwood plays the leading man for Giorgio Armani. The American actor fronts the Italian fashion house’s new fall-winter 2022 campaign. While Eastwood may be more familiar with a laid-back t-shirt and pair of jeans, he finds his sartorial standing in Giorgio Armani. That’s not to say the 36-year-old actor doesn’t add aspects of his persona to the situation, such as his propensity to go barefoot.

Scott Eastwood teams up with Anna Dello Russo to embody Giorgio Armani’s classic elegance for the fall. Eastwood is dressed sleekly by the stylist in garments that feature Armani’s signature shapes and attention to detail like contrasting materials. Eastwood dresses in dark hues, donning sartorial pieces like a tuxedo jacket, waistcoat, and tapered trousers.