Tom Holland is “in the mood for Prada,” as the English actor partners with the fashion house for 2022. Holland appears in Prada’s spring-summer campaign, shot in a photo studio. According to Prada, the 25-year-old actor is a relaxed vision who “performs as himself” for its new advertisement.

David Sims photographs Prada’s spring-summer 2022 campaign. Even though Holland is well-known for his roles in Spider-Man: No Way Home and the upcoming Uncharted film, Prada wants to portray him in a more diverse light. Sims’ portraits of Holland serve as a re-contextualization “of a figure world-renown for his action hero roles,” according to Prada.

Tom Holland represents all of the stylish qualities of the Prada man for spring. The 5’8″ actor is ready for his close-up in an eyewear ad for the designer label. David Sims photographs Holland’s side profile for the occasion. It’s here that Holland wears Prada’s trendy sunglasses for men and a black leather jacket.

Holland represents the modern man in the eyes of Prada. Ferdinando Verderi is in charge of the creative direction for Holland’s new campaign for the Italian fashion house. Holland is featured prominently in clean Prada menswear pieces, which range from a red leather biker jacket to a classic cardigan sweater, among other things. 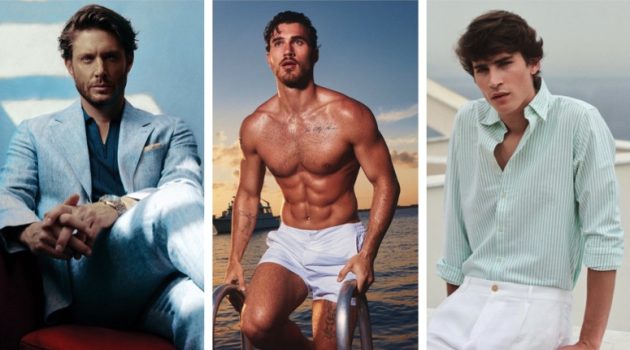