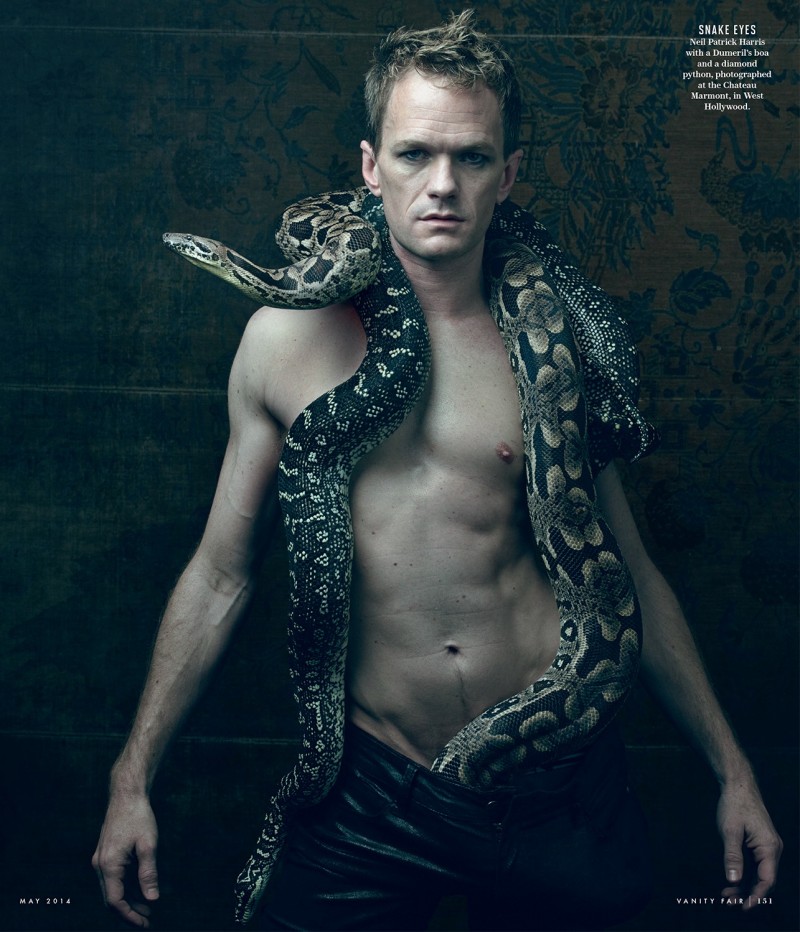 Snake Eyes–Appearing in the May issue of Vanity Fair, actor Neil Patrick Harris is photographed by Annie Leibovitz with styling by Deborah Afshan in West Hollywood. Following the series finale of How I Met Your Mother, Harris is preparing to take Broadway as the lead in Hedwig and the Angry Inch. Borrowing from his outrageous character Hedwig, Harris is captured shirtless with a dumeril boa. / Set design by Peter Klein.

Making a statement with a fresh cut, Sean O'Pry takes the fashion world by storm as he graces Elle Men ...

After their charming story in ICON Spain last year, the dynamic father-son duo of Mark and Mark Jr. Vanderloo grace ...

Jon Kortajarena flaunts his bare assets as he goes nude for the new issue of Dust magazine. The cheeky top ...

As we enter the new year, MatchesFashion wants to remind you to upgrade your wardrobe for 2023. The luxury retailer ...

As Erik van Gils primps and preens for an upcoming social affair, the Dutch fashion model takes center stage in ...