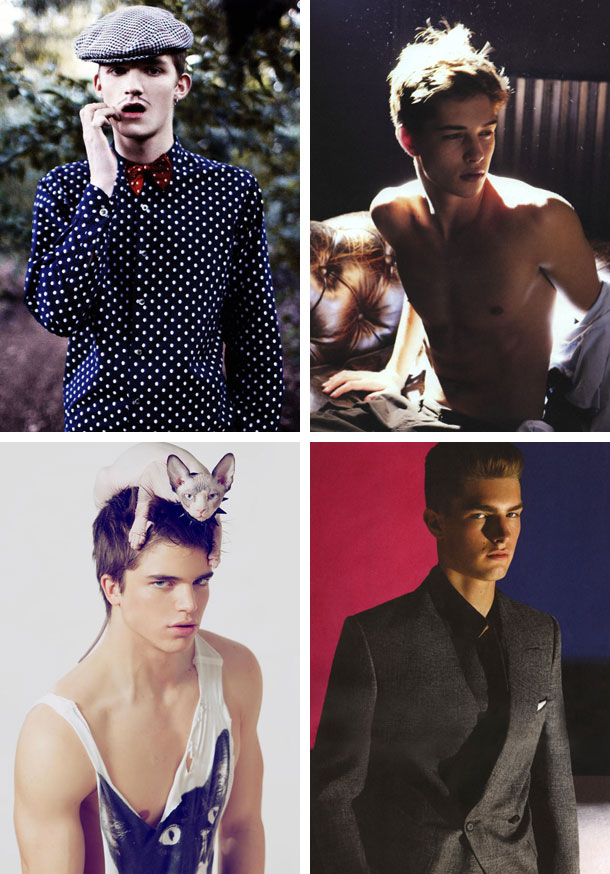 This month, we turn our usual feature on its side for a special look at four models who are having quite the breakout year. While Charlie Westerberg (DNA) is not new to modeling, the last year has provided him with the increased exposure of several projects such as Barney’s seasonal look, campaign work for Topman, prominent runway castings and a significant amount of editorial work. Meanwhile, fresh face River Viiperi (Major) has hit the season running with a Calvin Klein exclusive and a quickly expanding portfolio. On the other hand, Brazilian model Francisco Lachowski (Ford) has beat the Dior Homme curse and since appearing in their campaign gone on to the successful start of a career–quickly becoming a regular in print and on the runway. Finally, new talent Paolo Anchisi (Ford) has quickly shot to a prominent position in the industry after a huge campaign season that saw the model working for Yves Saint Laurent, Versace and DKNY just to name a few. Boasting four models you should know on a first name basis, this month will cover an introduction to Charlie, Francisco, Paolo and River as well as a hint of what the future has in store.

18 thoughts on “Model of the Model | Fantastic Four”