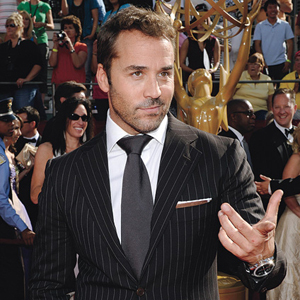 “The skinny tie may seem ubiquitous, but there exists a parallel universe in which the fat knot rules. It’s brought to you at halftime every Sunday in high definition by grinning, broad-shouldered former NFL players who loom over their desks. It’s also favored by Euro soccer stars, Italian politicians, and the occasional aging talk-show host. But beware of its false power. On mere mortals, the “Sportscaster,” or jock knot—distinguished not only by its girth but also by its bulk—is the yellow Hummer of neckwear. Flashy, gargantuan, and inappropriate for the times, it’s guaranteed to make you look like a dick.

Unlike those flat, lazy knots your chemistry teacher used to show up with, these clenched fists of fabric always seem to be one tug shy of murder by asphyxiation. They are most often born from the kind of wide tie that’s as silky as it is shiny, and some are so jacked up on sartorial steroids that it’s difficult to tell where they end and the neck begins. As a general rule, if you’ve never rushed for 1,000 yards in a season, steer clear. At best, wearing a McMansion-size knot will make you look like a personal trainer dressed up for a court date­­.”