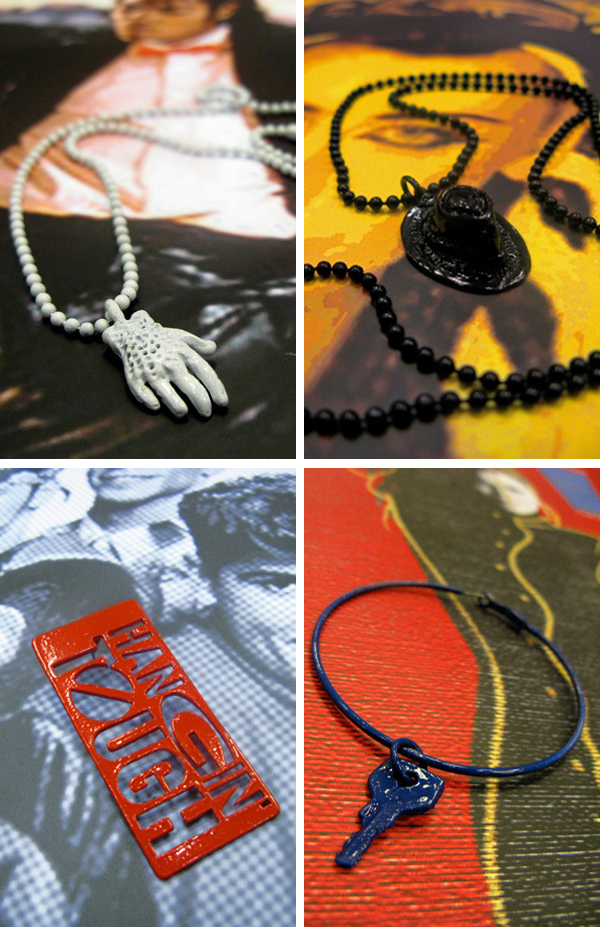 New York jewelry designer Chris Habana has joined forces with OAK, one of his most loyal vendors, for a new limited edition range under the A.OK division. Christened “Legends of Pop”, the collection features iconic imagery from some of the most vibrant figures of the 80’s and 90’s, pulling inspiration from Madonna, New Kids on the Block, Janet Jackson, Boy George and the late Michael Jackson.

When Chris Habana and Bear Smith of A.OK were conceiving the line, Chris felt that since “Oak’s direction was geared toward a higher-end, exclusive customer, and that A.OK was meant to be more accessible and affordable, what was more accessible than POP and Pop music?” And while the pieces definitely pay homage to our celebrated icons, they are understated and clean, a mainstay of Chris Habana design.

The collection follows suit with A.OK’s vision of more affordable prices, as the pieces range from $36.00 to $54.00 per piece.  Quantities are limited and the collection can only be purchased exclusively from Oak in NY, Williamsburg, and of course oaknyc.com.