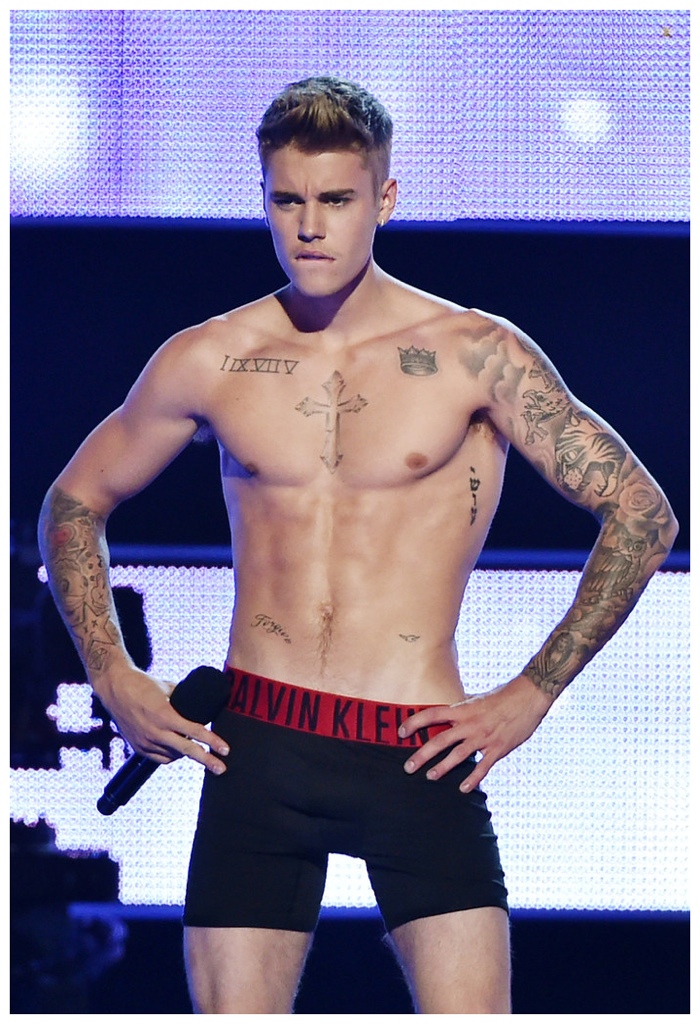 Bringing the worlds of fashion and music together, ‘Fashion Rocks’ was relaunched this year. The grand night of entertainment kicked off at the Barclays Center of Brooklyn on September 9th. Introducing Rita Ora, singer Justin Bieber took the stage with Calvin Klein model Lara Stone. Playing into the rumors that he has been signed as a face of Calvin Klein, Bieber stripped down to his Calvin Klein underwear and gave the world stage his best strut. Do we have a modern-day Marky Mark on our hands?