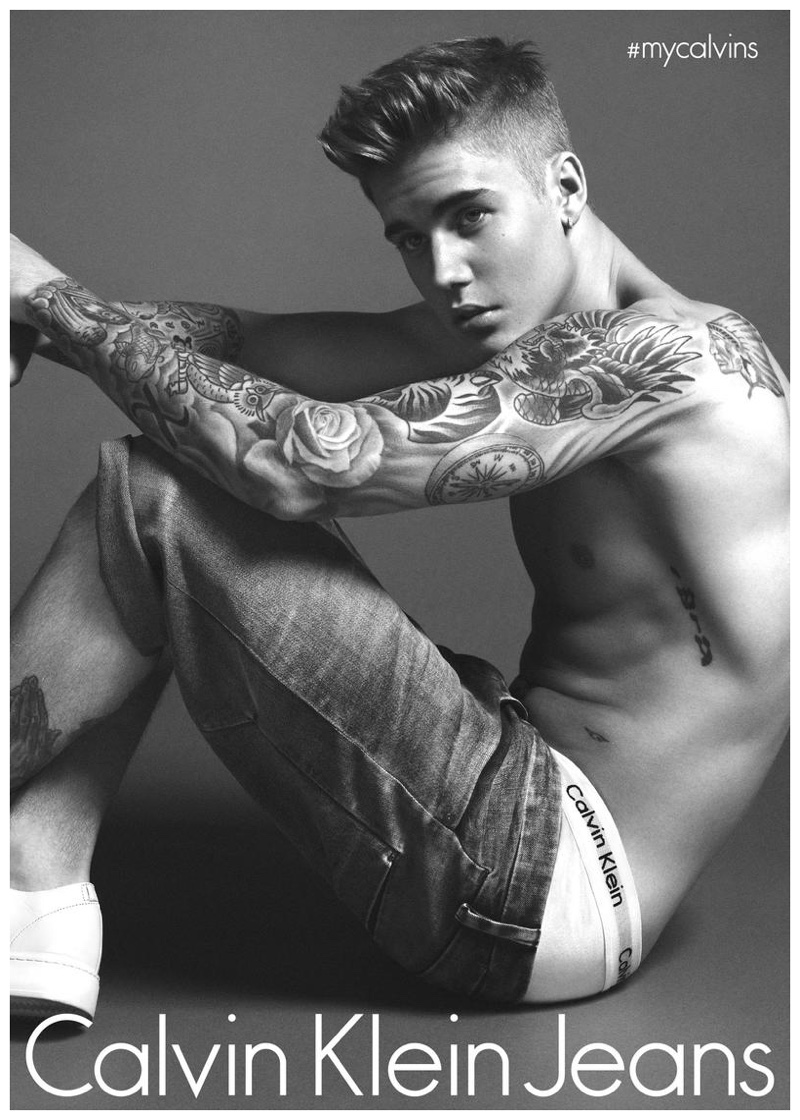 After dropping his pants for Calvin Klein’s Underwear campaign, Justin Bieber is back, alongside Lara Stone for the the spring-summer 2015 advertisements of Calvin Klein Jeans. Photographed by Mert & Marcus, Bieber is captured in black & white images. Posing shirtless, Justin Bieber reveals his many tattoos, modeling Calvin Klein denim jeans and the label’s iconic underwear waistband. 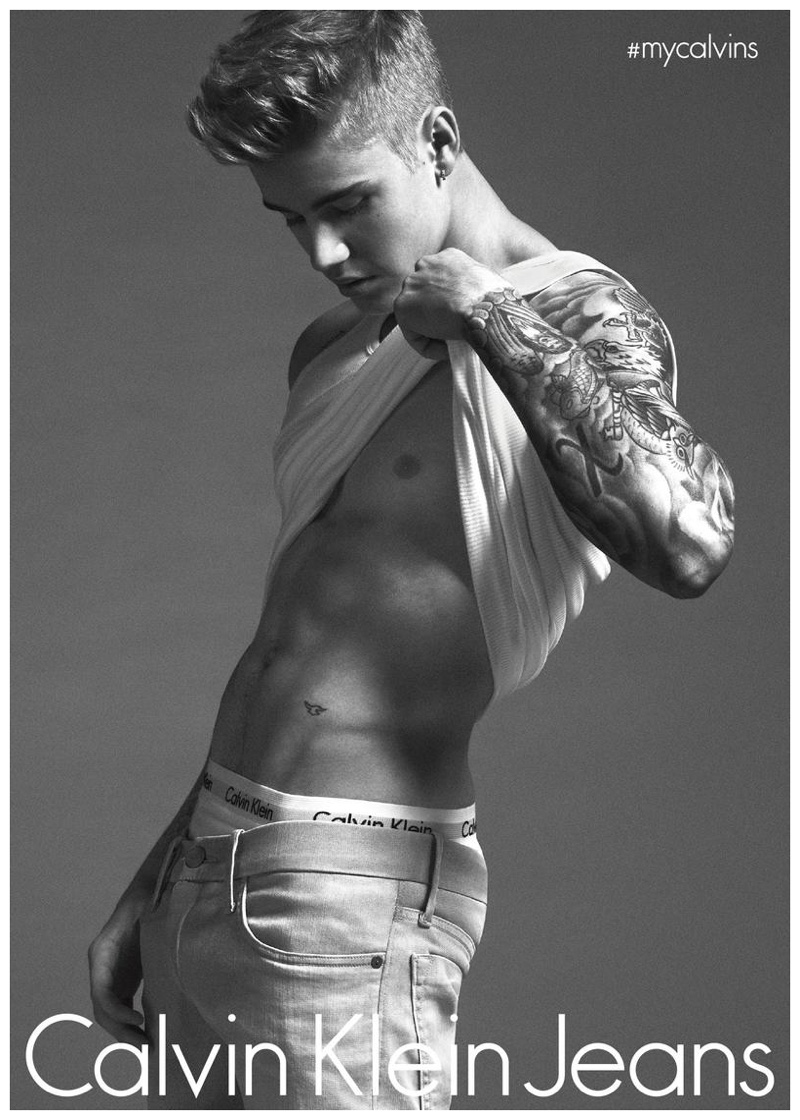 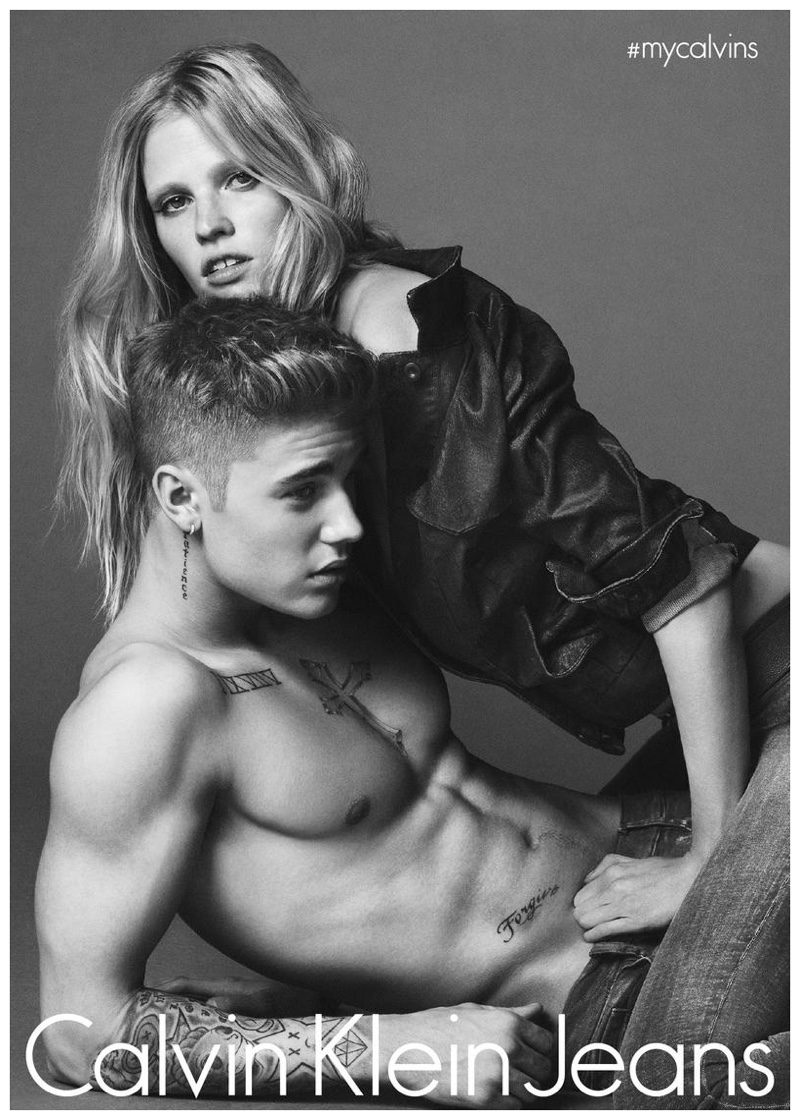 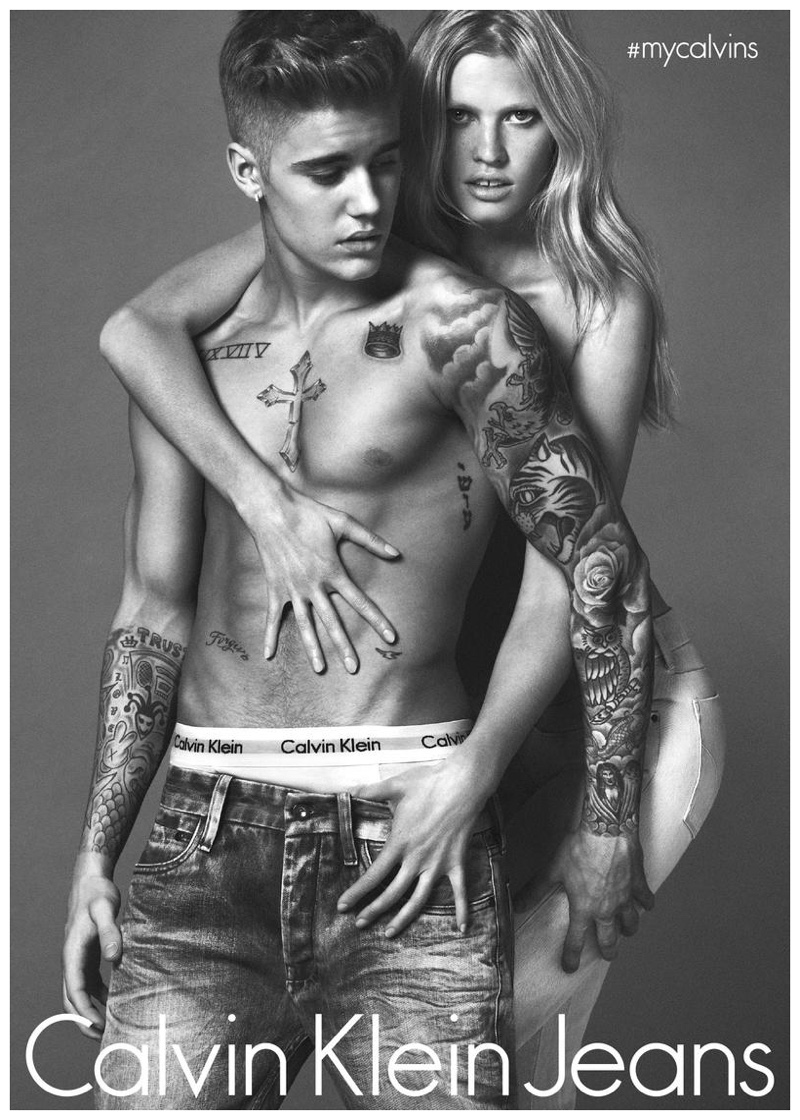 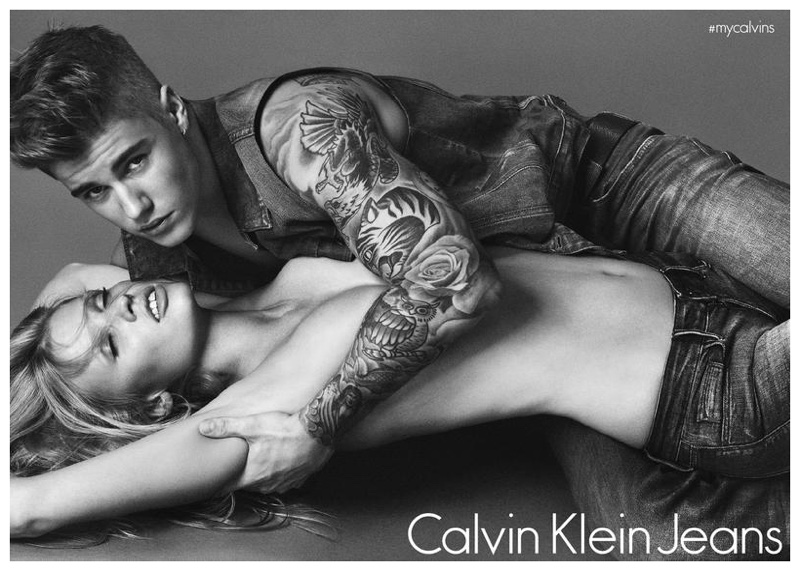 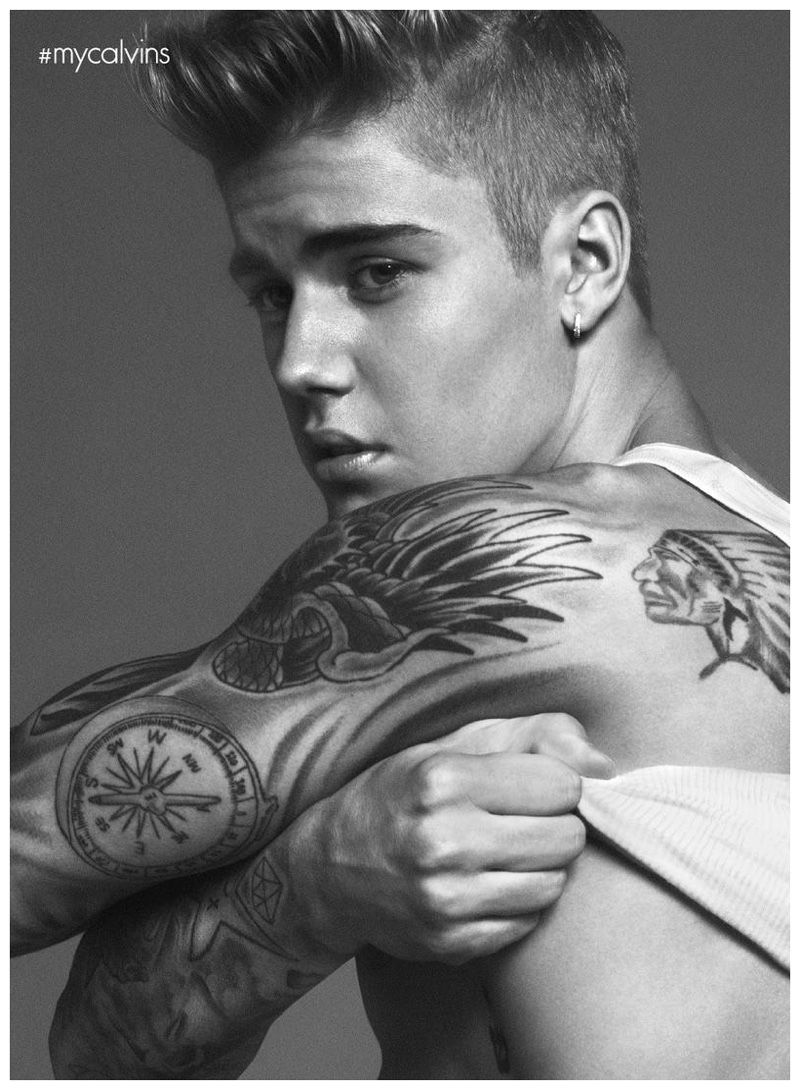