Photographed by Terry Tsiolis and styled by Jay Massacret, VMAN’s editorial titled, “Fall Forward” showcases the looks of thirteen designers, who are in their opinion defining the future of menswear. 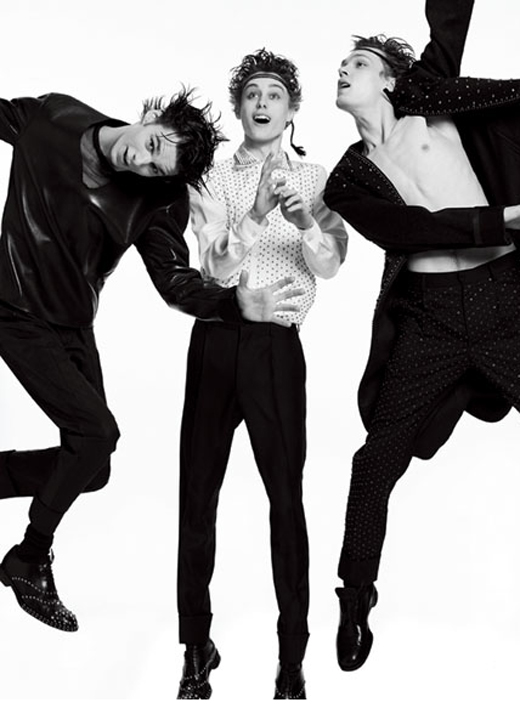 PRADA “The Fall 2009 collection is about survival. And to survive, you have to be strong.” -Miuccia Prada 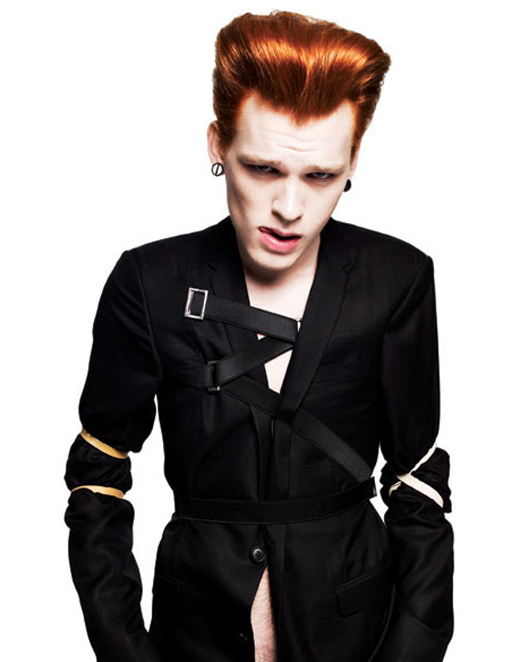 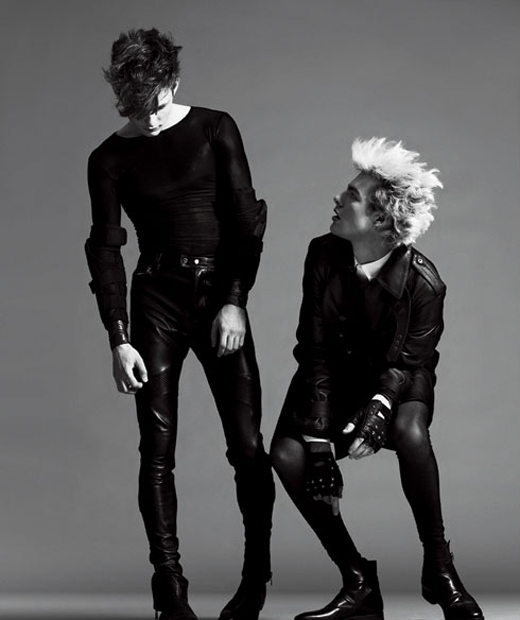 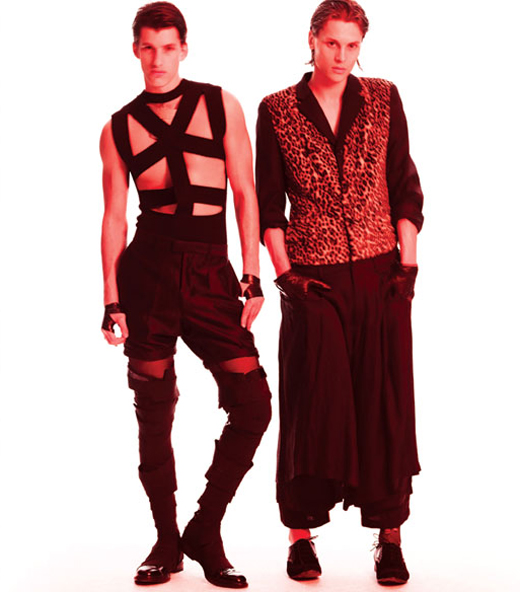 GIVENCHY “I wanted to find a way of mixing the elegance of a couture house like Givenchy with the clothes I love to wear, which are more street. This season was about the attitude and confidence of the Latin American man.” -Riccardo Tisci 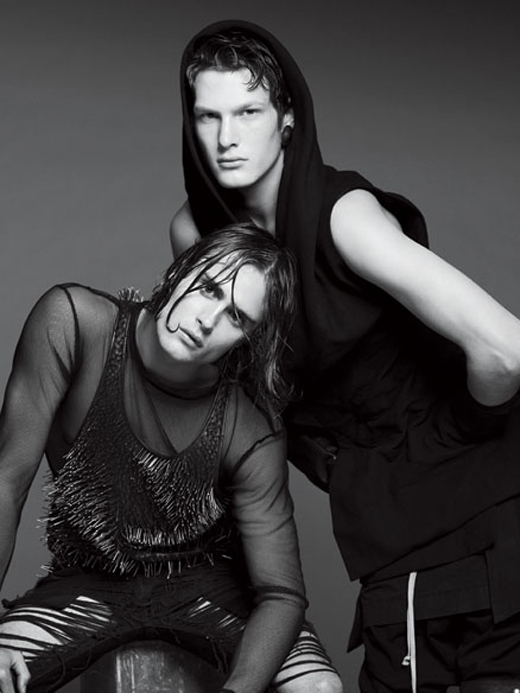 GARETH PUGH “I was trying to do something a little more savage, but in a very chic way. I wanted it to look severe, but also have a fragility to it. I started with a black cube, playing around with the idea of it exploding and then using the fragments to construct shapes.” -Gareth Pugh 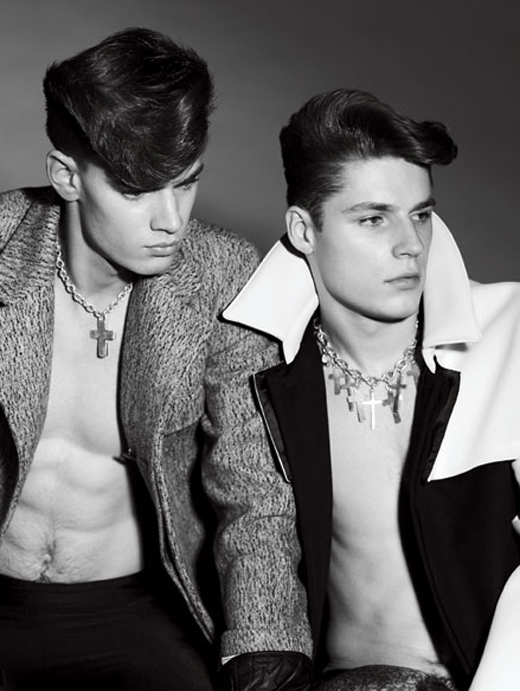 JIL SANDER “This collection is inspired by the art of dressing up and dressing with pride. The Jil Sander man as portrayed in the face of out time: smart, dignified, and strong.” -Raf Simons 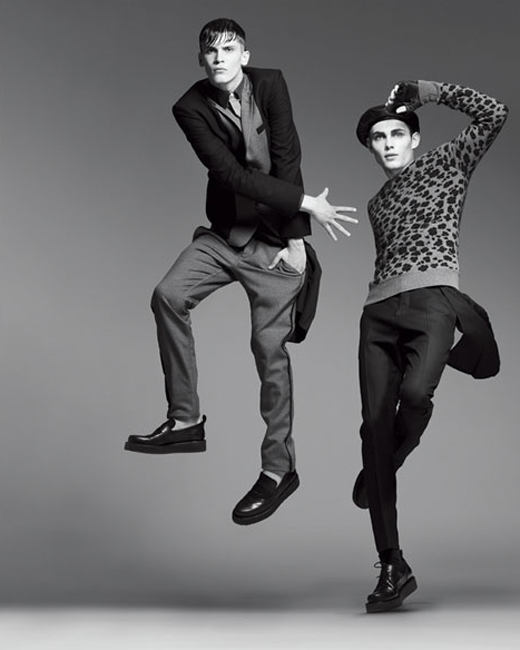 MARC JACOBS “Our character is a man of his own mind; strong, present, and forceful, with a rich intellectual sense.” -Marc Jacobs 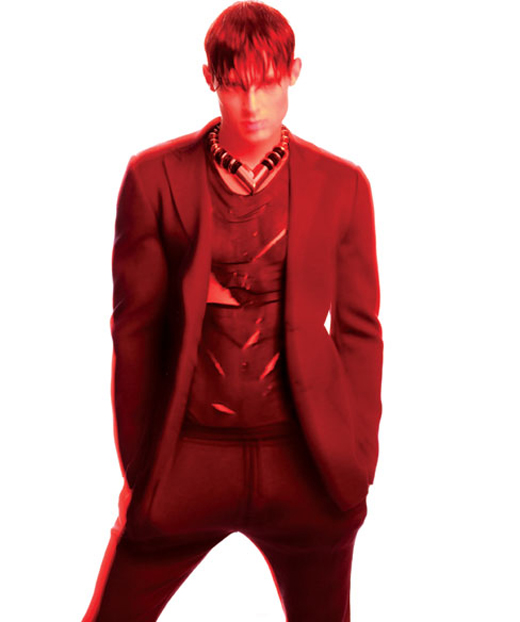 LOUIS VUITTON “I began by envisioning the traveling business wardrobe of an African king. I wanted to blend contemporary tailoring techniques and practicality with the more traditional aspects of ceremonial dress-the intricate patterns, the continual use of layering, the clash of materials or textures to create depth. I wanted something loose, something raw, but without compromising on elegance or the silhouette.” -Paul Helbers 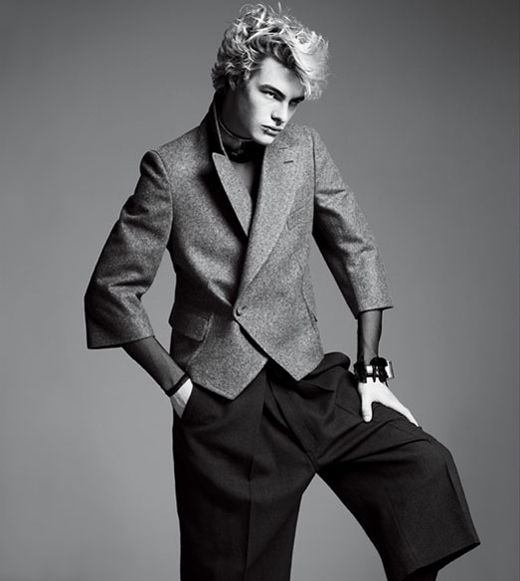 YVES SAINT LAURENT “The collection is a story of hybrids in proportion, function, and construction. It is centered around finding balance through contradiction.” -Stefano Pilati 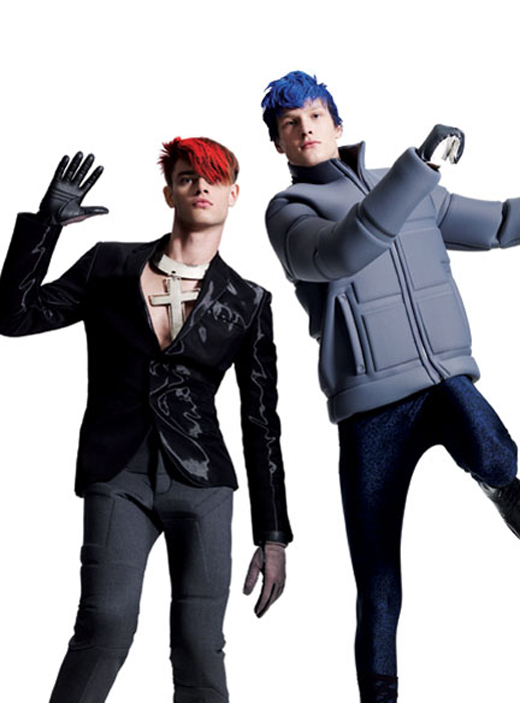 CALVIN KLEIN “The Fall collection was conceived to be tough and masculine and very reflective of a New York style. This collection is compromised of modern, tailored pieces that are sophisticated and often interpreted in luxurious and unexpected materials.” -Italo Zucchelli