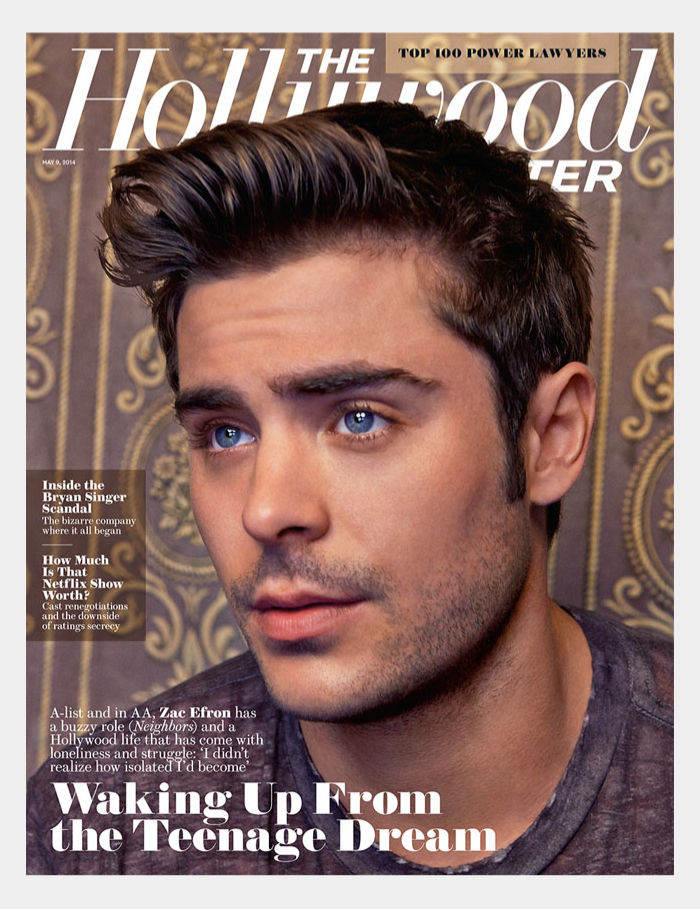 Zac Efron Covers The Hollywood Reporter–Promoting his latest movie Neighbors, actor Zac Efron covers the May 9th issue of The Hollywood Reporter. Posing for casual images, the young actor opens up to the magazine about his struggles with drugs and alcohol. Efron shares, “No matter who you are, you face challenges growing up. You go with your things, you learn, you have to. It’s impossible to lead an honest and fulfilling life as a man and not make mistakes and ‘fess up to them when you need to. But it’s especially humiliating when they happen to be so public and so scrutinized. When you have success young, and you accept the good things, you have to accept all of it. You have to accept the moments of glory but also a great responsibility. And that responsibility, to some degree, involves being a role model. At the same time, I’m a human being, and I’ve made a lot of mistakes. I’ve learned from each one.”

Talking about his recent altercation on skid row, Efron explains, “I was drinking a lot, way too much. It’s never one specific thing. I mean, you’re in your 20s, single, going through life in Hollywood, you know? Everything is thrown at you. I wouldn’t take anything back; I needed to learn everything I did. But it was an interesting journey, to say the least. I had a friend come pick me up late at night—we were looking for a place downtown to get a bite and catch up. We were having trouble finding somewhere…and the car ran out of gas off the 110. It was ridiculous. We had to pull over, and I called Uber [car service]. A homeless guy, or vagrant, tapped on the driver’s-side window. Before I knew it, [my friend] was out of the car, and they started fighting. I saw that [the homeless man] was carrying some sort of a knife, or shank, and I got out of the car to disarm him. At some point, he dropped the knife, and I got hit pretty hard in the face—and almost instantly the police were there to break up the fight.” Read more at HollywoodReporter.com. 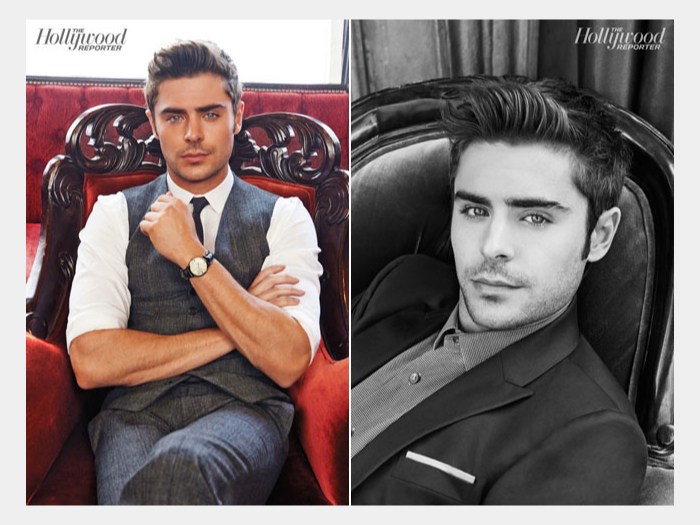 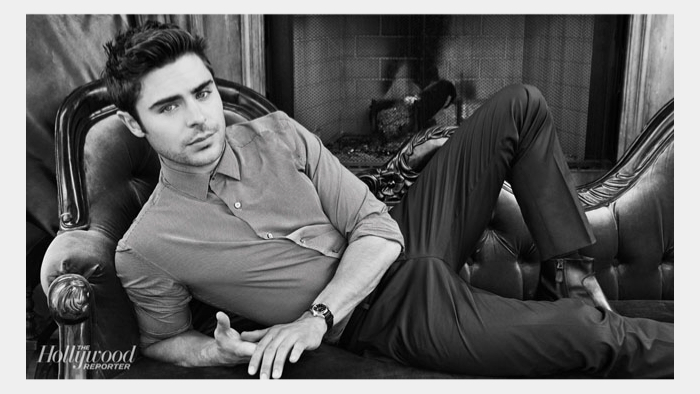 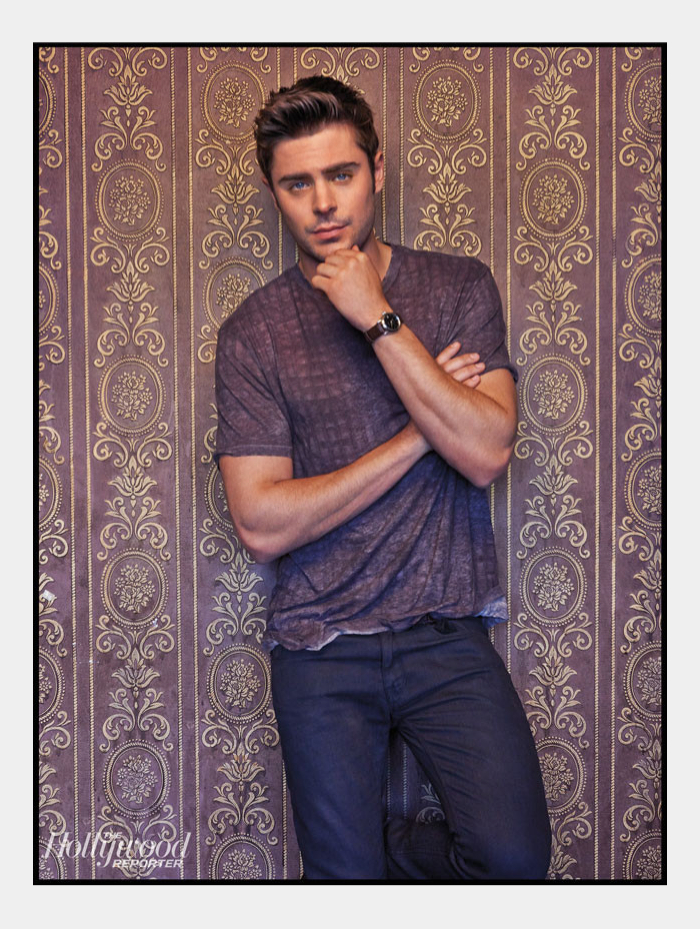 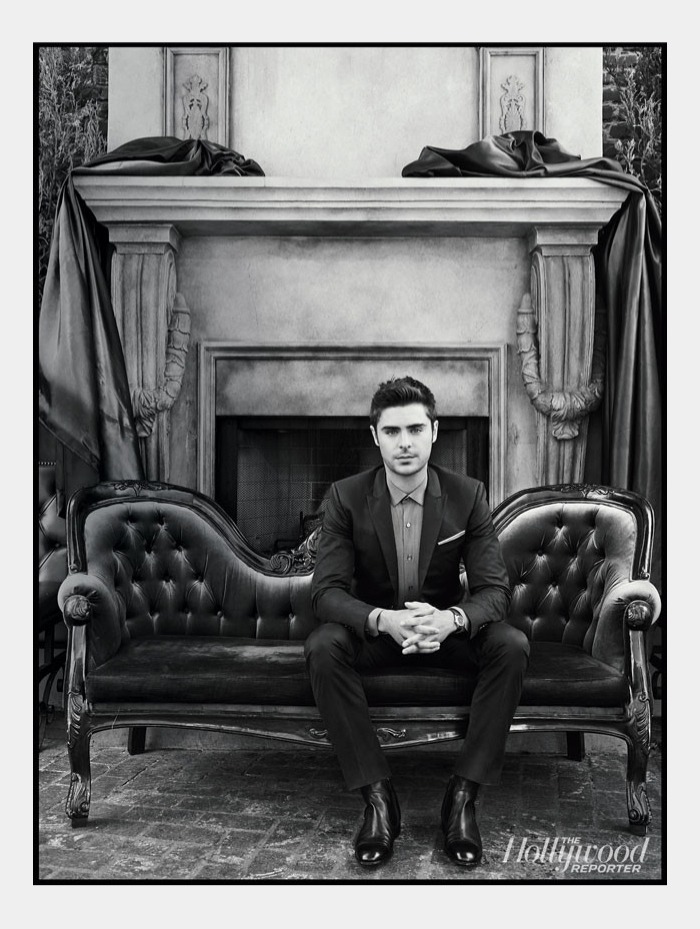 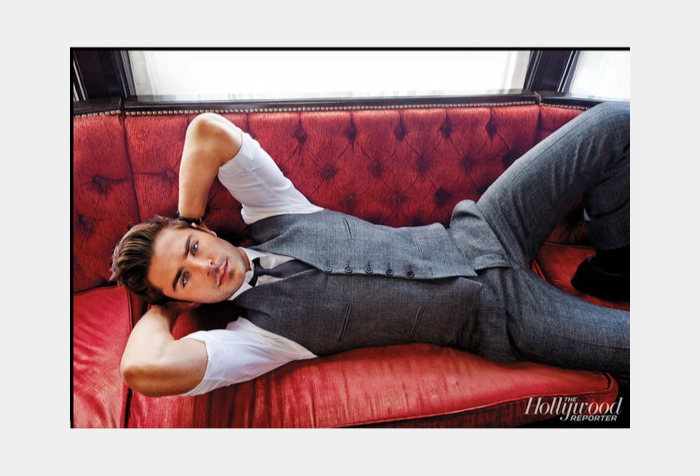 Florian Van Bael is Chic in Resort Style for Luisaviaroma