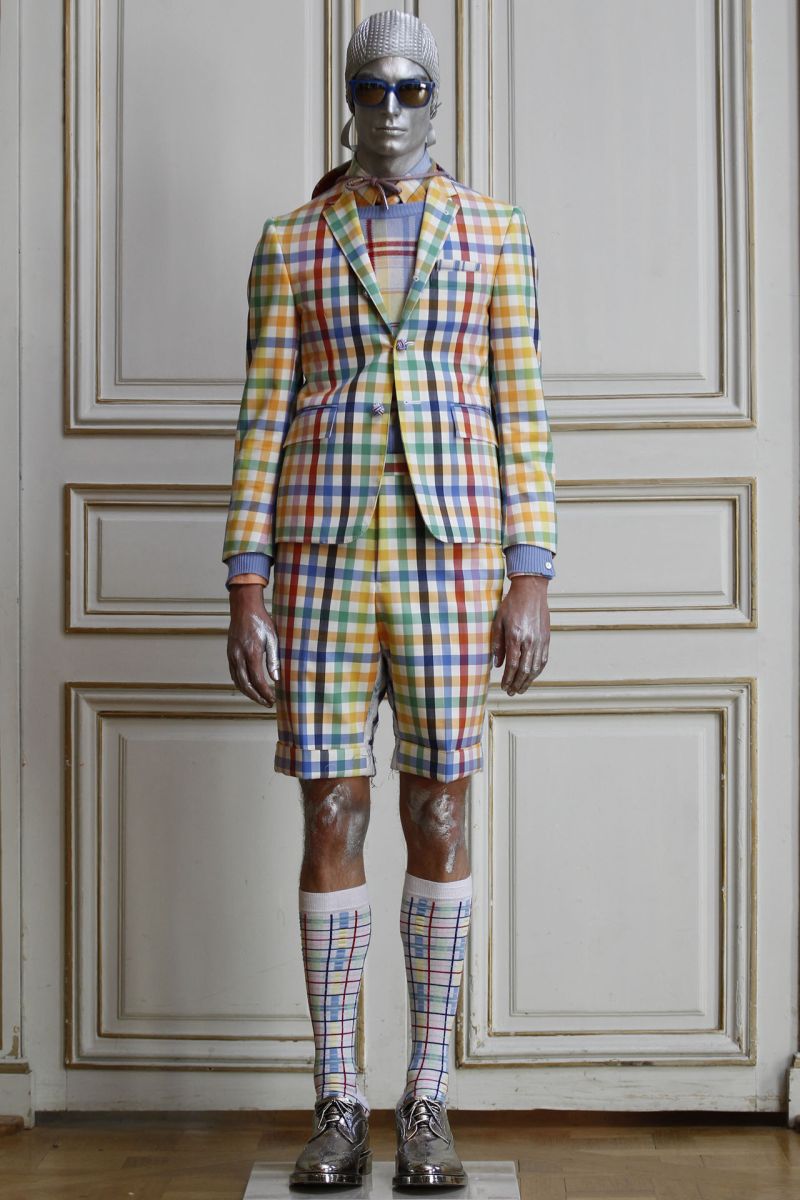 Surf & Style–Madras and plaid decorated the latest offering from designer Thom Browne. Mixing a subtle nautical motif with his most tamed collection to date, the suited short set dominated. Cuffed and paired with the shrunken blazer, shorts were complemented by Browne’s signature knee-high socks. Layering looks, shorts became shorter and prints more novel. Whales appeared as clouds and the lobster found itself hard to be missed. Coats with halved sleeves were the go-to as spring pastels created an endless sea of a delicate take on menswear. Accessorized in sunglasses and holding the occasional umbrella, Thom Browne’s man was the quintessential prep star of the season, even touching upon a quirky reinterpretation of an alto sophisticated tweed.