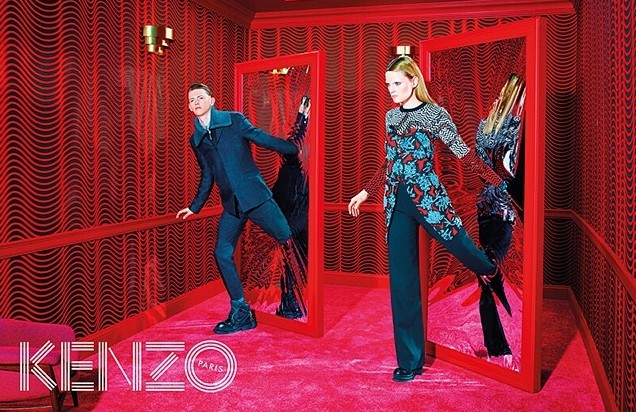 Kenzo Fall 2014–Another image has emerged from Kenzo’s fall/winter 2014 campaign featuring model Robbie McKinnon. For the quirky image, Robbie emerges from a mirror in a red room, wearing one of Kenzo’s tailored jackets for fall. Robbie is photographed by Pierpaolo Ferrari and joined by Guinevere Van Seenus. Kenzo has also released a campaign video, which can be viewed below.