A face of Dior Homme fragrances since 2012, it’s not a surprise that the fashion brand has tapped Robert Pattinson to star in its fall 2016 campaign. The English actor linked up with photographer and designer Karl Lagerfeld for the advertisement. Captured in a series of black & white images, Pattinson is a serious vision in the latest ready to wear collection, designed by Dior Homme creative director Kris Van Assche.

Discussing the choice to enlist Pattinson as the first celebrity face of the brand’s apparel, Christian Dior Couture chief executive officer Sidney Toledano shares, “We approached Robert Pattinson for the Dior Homme autumn 2016 campaign. He was already the face of the Dior Homme Fragrance and he was thrilled to be also the face for fashion.” Toledano continues, “When we told him that Karl Lagerfeld was going to shoot the campaign, Robert was even more enthusiastic and indeed, the campaign is perfectly reflecting the spirit of Dior Homme.”

Coinciding with Dior Homme’s release of its new fall 2016 campaign, French fashion magazine Numéro Homme unveils its latest cover. Posing for a striking black & white image, Robert Pattinson is front and center for the cover. The English actor was photographed by Jean-Baptiste Mondino for the occasion. 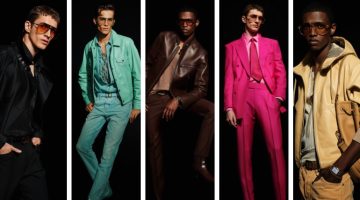 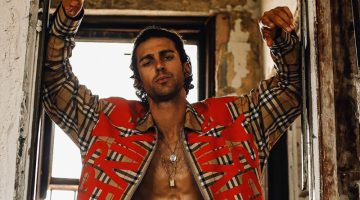