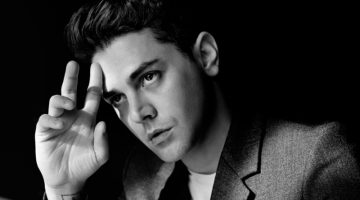 Jaden Smith graces the cover of British GQ Style for spring-summer 2016. Photographed by Terry Tsiolis, Smith is described as “The Young Utopian”, “The Dreamer” and “The Chameleon of Calabasas” as he poses in a fall-winter 2016 look from Dior Homme. Styled for the spread by Luke Day, the social influencer sports designer ensembles from brands such as Louis Vuitton and Prada.

After making waves with his penchant for dresses and skirts, Smith talks to the magazine about gender, sharing, “I feel like people are kind of confused about gender norms. I feel like people don’t really get it. I’m not saying that I get it, I’m just saying that I’ve never seen any distinction. I don’t see man clothes and woman clothes, I just see scared people and comfortable people.”