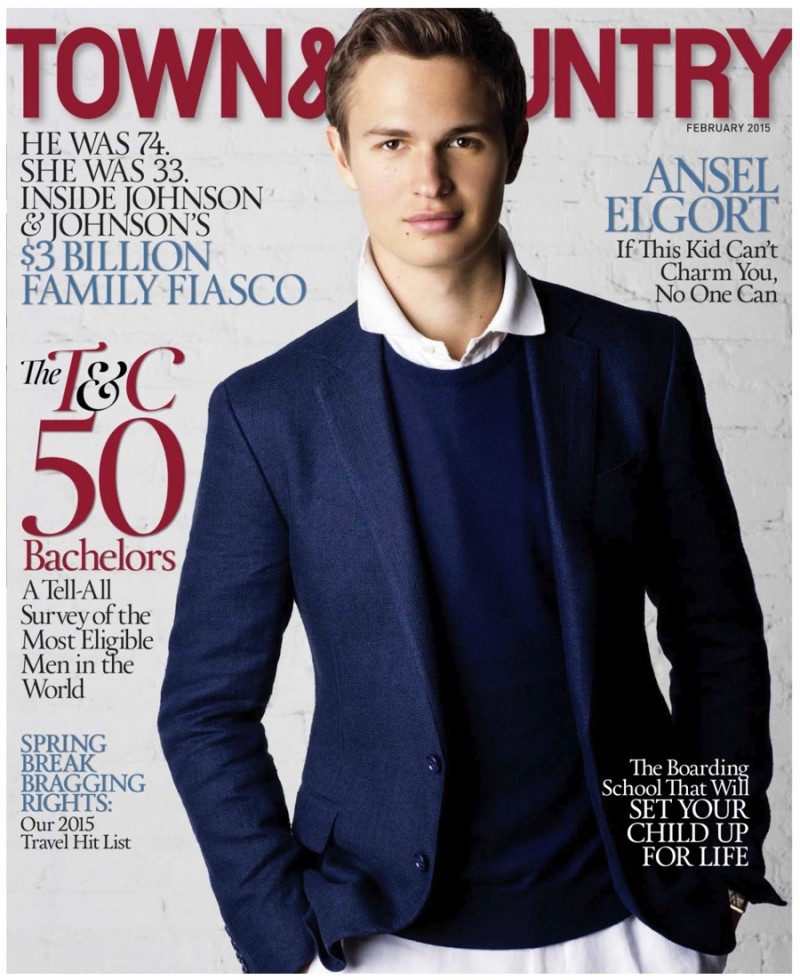 One of Prada’s spring 2015 campaign stars, Insurgent actor Ansel Elgort covers the February 2015 edition of Town & Country. The 20 year-old actor connects with his father, fashion photographer Arthur Elgort for the cover story, which sees him call on his past experience as a ballet dancer as he takes fun leaps outdoors. This is not the first time Elgort has been photographed by his father. He has been featured in several shoots, such as his April 2009 Teen Vogue shoot. 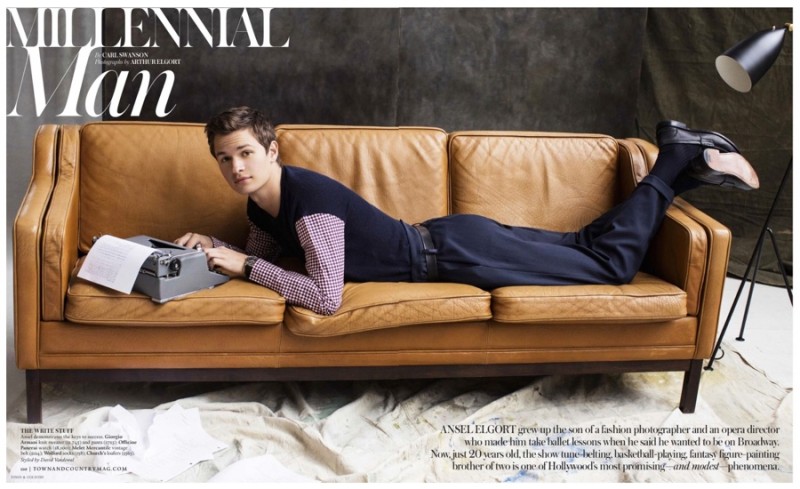 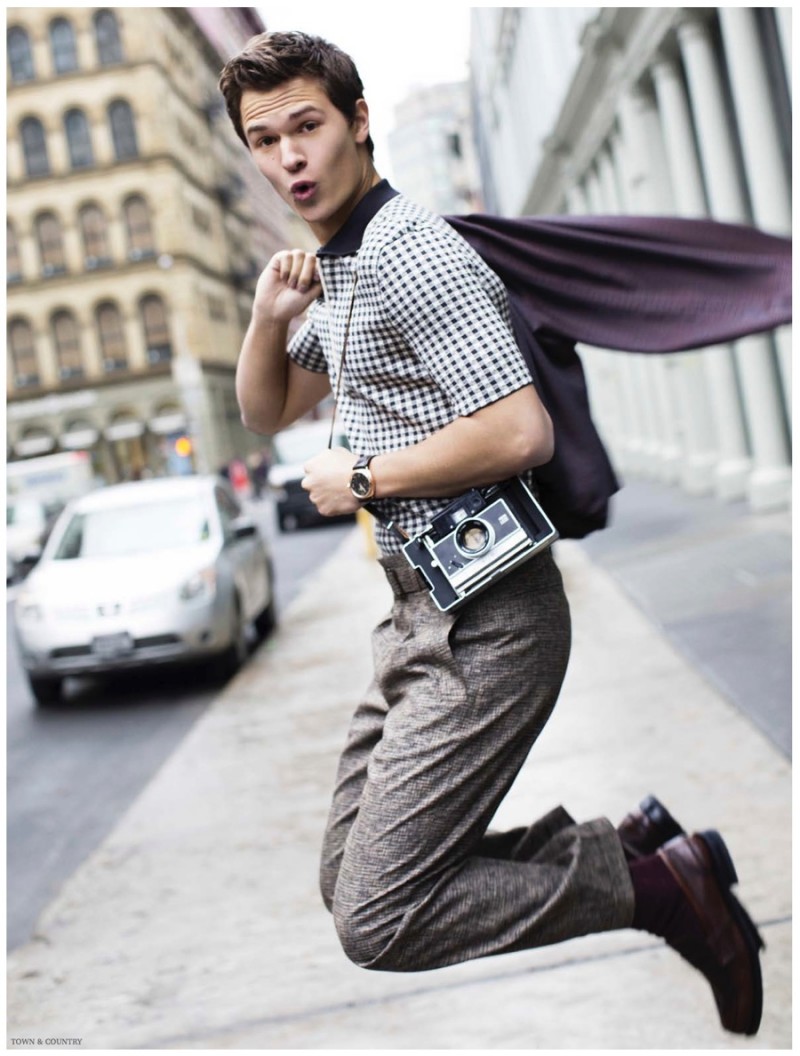 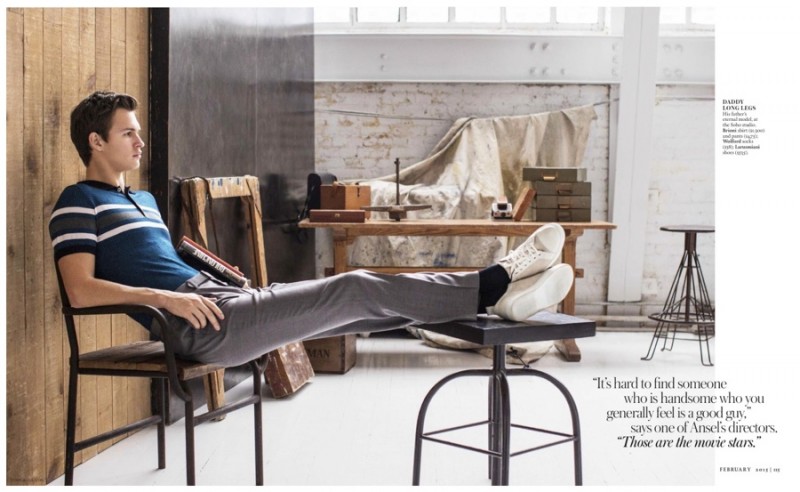 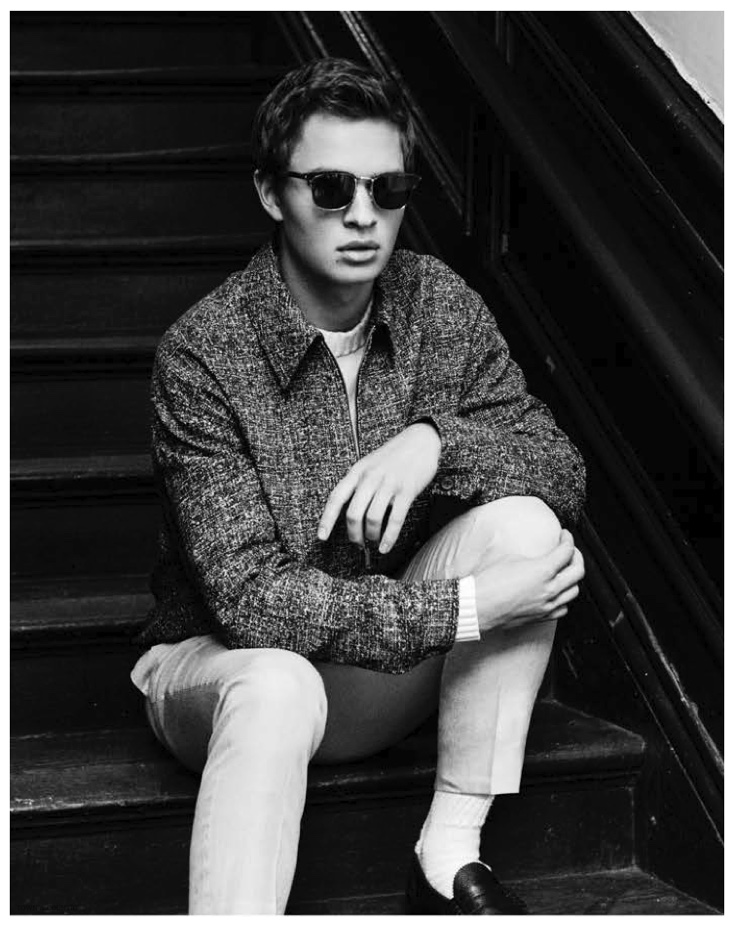 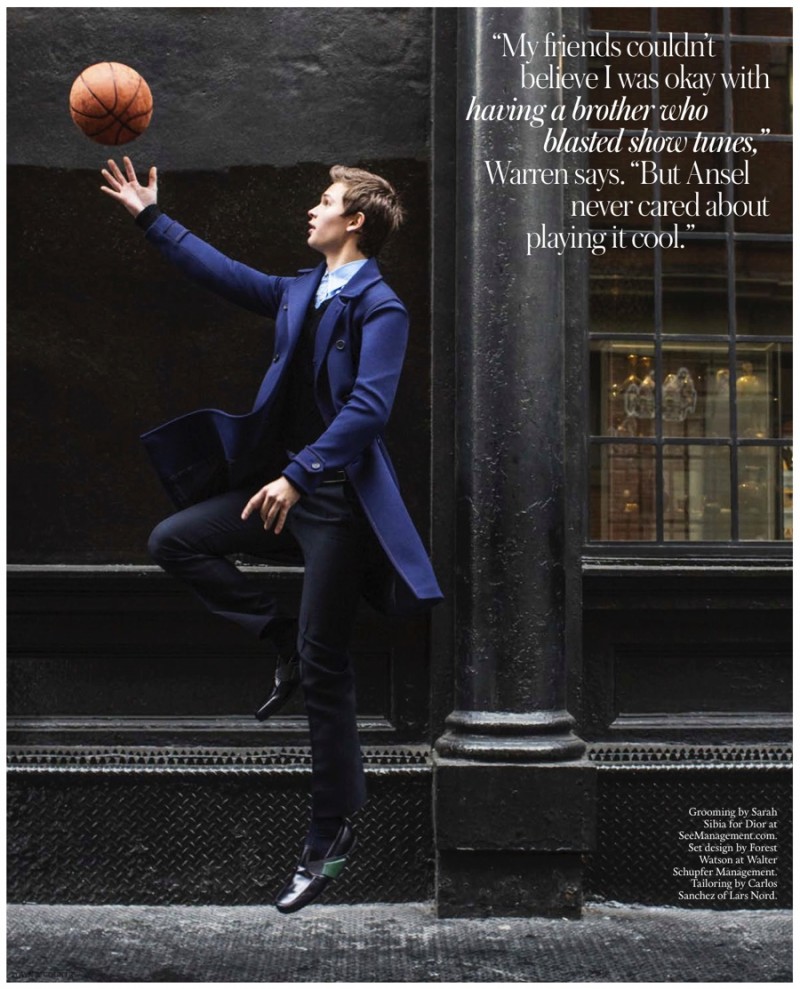