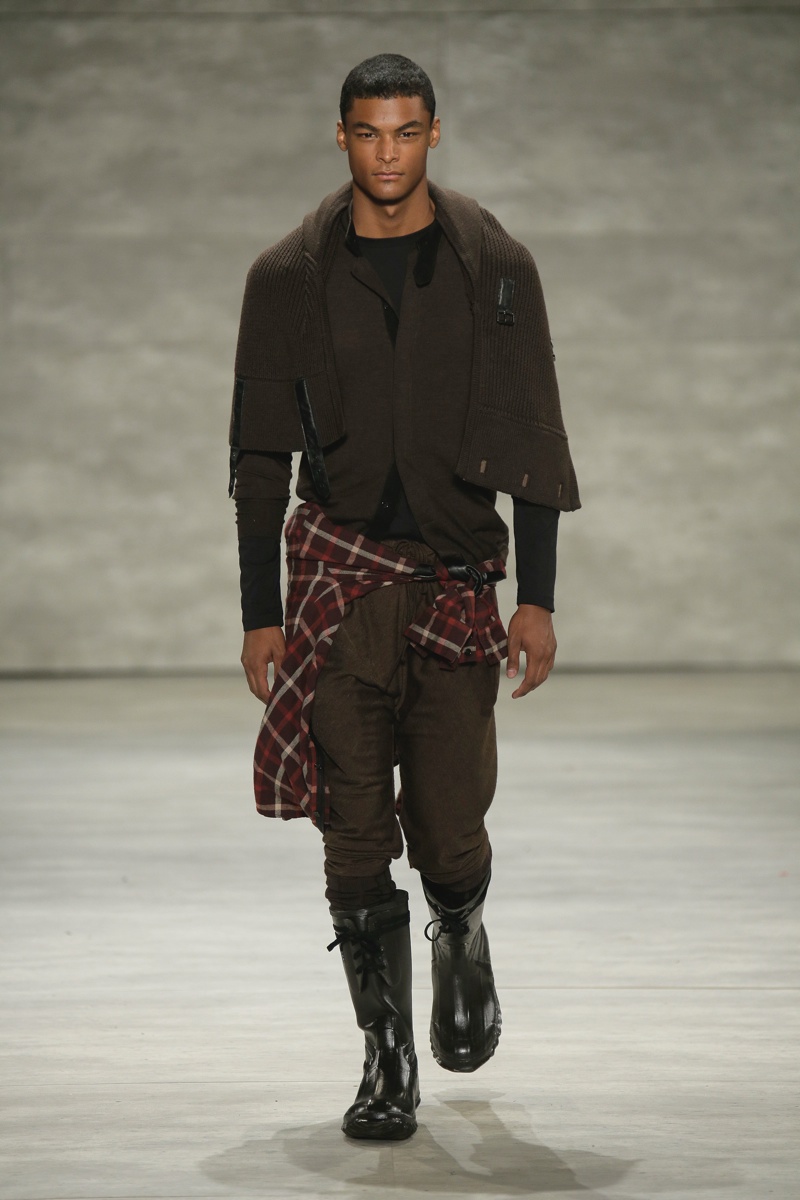 Nicholas K Fall/Winter 2014–For their latest collection, Nicholas K designers Nicholas and Christopher Kunz were inspired by a photo series by French photographer and filmmaker Jean Gaumy. The series called Men at Sea as expressed by Nicholas “documented voyages by Gaumy between 1984 and 1998 tell a story of struggles of deep sea fisherman in a heroic tone. The visual aspect lets us appreciate the struggle between human and nature, mind and body.” Armed with customized boots from Honeywell, Nicholas K’s man marched down the catwalk with a cold, calm demeanor, dressed in a dark color palette reflective of the sea. From Atlantic blue and charcoal gray to midnight black, the collection took off with an approach to active outdoor dressing. Here, cable knit sweaters were constructed by hand and paired with the label’s signature slouchy pants or fisherman shorts worn over leggings. Combined with hooded parkas and handmade fisherman hats, the collection altogether delivered a strong vision that brought cold stern attitude of the sea to land.