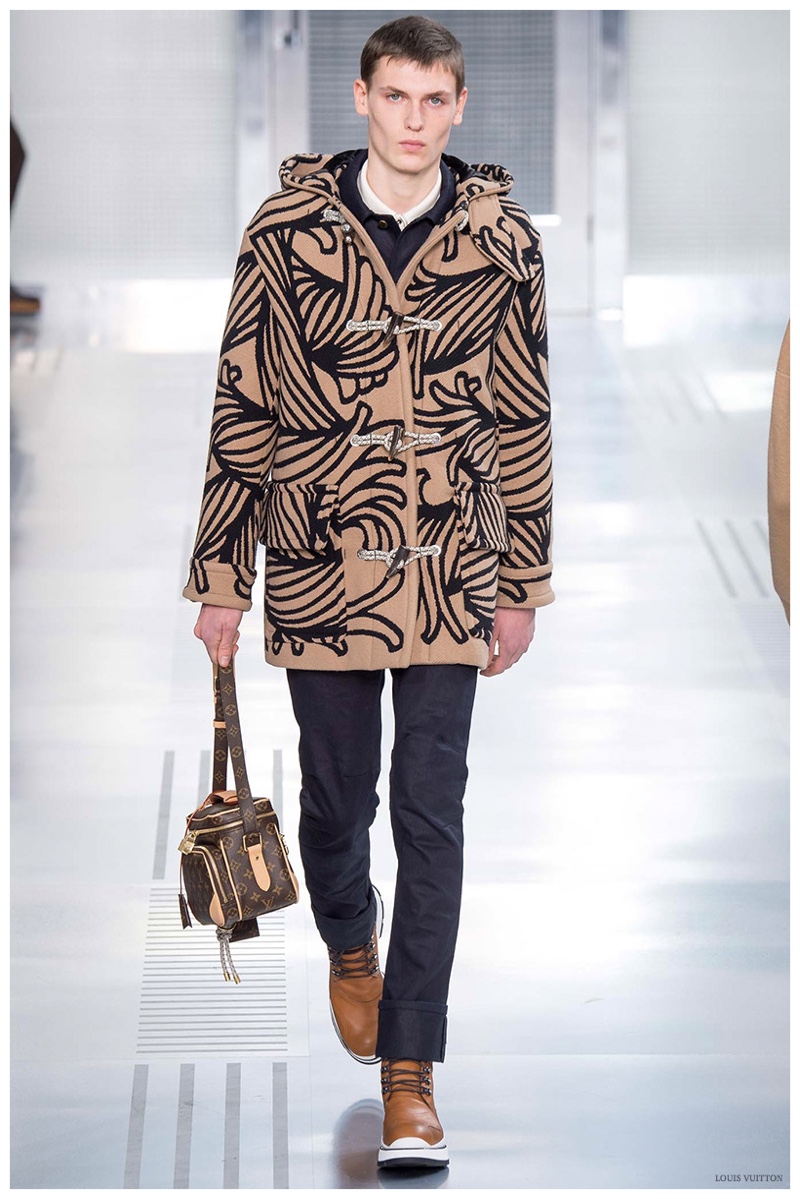 Known to hone in on themes that have a direct representation in his work, Louis Vuitton men’s style director Kim Jones looked to British fashion designer and artist Christopher Nemeth for inspiration this season. The late designer became known for his hand-sewn clothes that were created and embellished with salvaged materials, particularly ropes. For fall, Jones married this unique concept with modern luxury, revisiting Louis Vuitton’s propensity for strong tailoring with a relaxed, graphic wardrobe. Gravitating towards a camel hued color palette, black stood out in contrast as coats, jackets and suits were dressed in a graphic etching that mirrored ropes. This same design motif was carried out in simple sweaters and pullovers, played off against lean trousers and denim jeans. Cutting minimal, shrunken shapes, shearling also had its moment for outerwear, but perhaps the most compelling sight on the catwalk was Louis Vuitton’s leather monogram bags, which were playfully featured on models, sometimes in multiples.