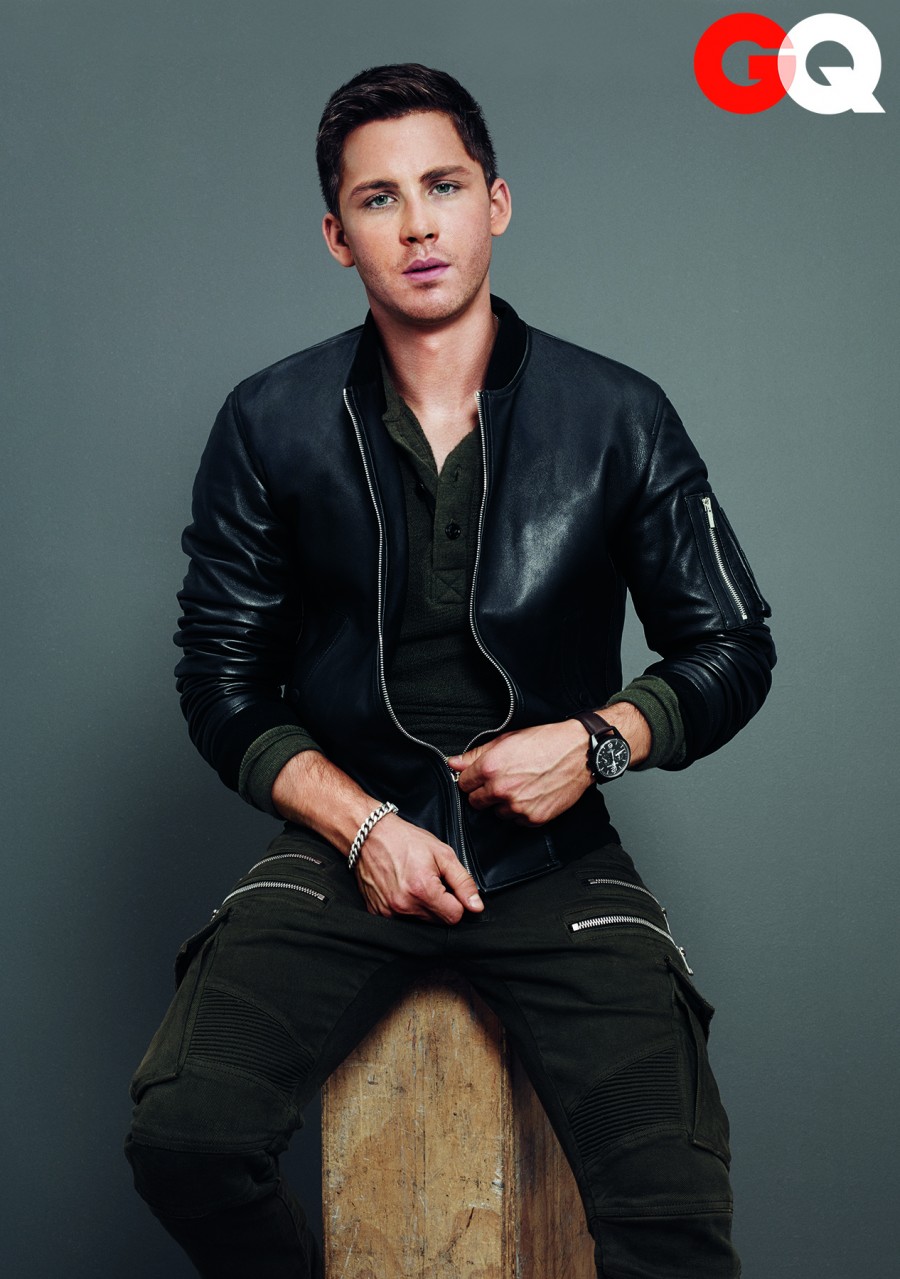 Logan Lerman for GQ-For its November 2014 issue that’s out October 30th, GQ has a little fun with Fury’s military setting, calling on one of the movie’s stars, Logan Lerman for a photo shoot. Photographed by Paola Kudacki, Lerman is captured in the studio, donning smart suits, militaristic shirts with epaulets, leather jackets and more from the likes of Michael Bastian and Dior Homme. 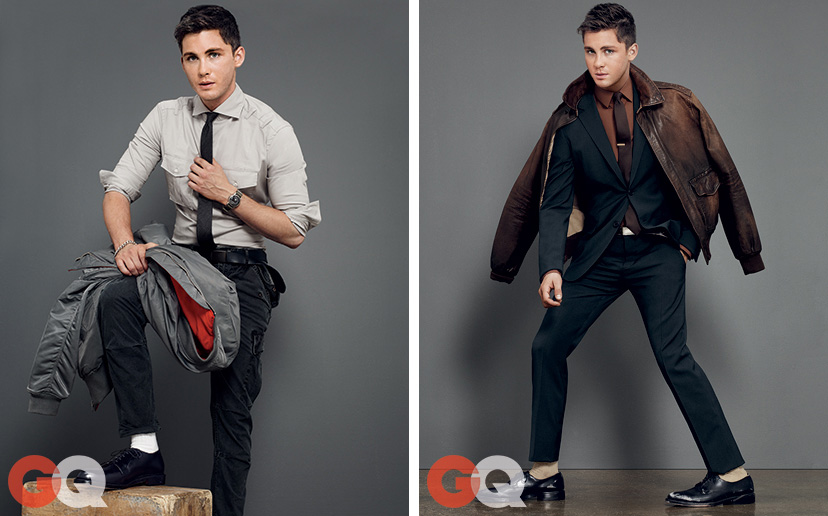 On working with Brad Pitt in Fury:
“It’s intimidating when you’re in a room with him, but he’s–it’s just such an overused term–down-to-earth. He’s just a dude. It’s Brad Pitt, the world’s biggest movie star. But it’s a situation where he’s your sergeant. And meeting your sergeant for the first time is an intimidating experience, let alone if it’s Brad Pitt.”

On training for Fury:
“We went to boot camp before filming Fury. The lack of sleep was difficult to power through: We’d have to be on watch every night, so there was little sleeping. We all lived in a tent. There’s parts of it I probably can’t even speak about. They just wanted to break us down and rebuild us. It made us a family going into filming.” 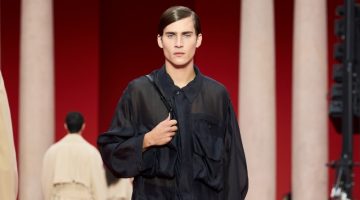