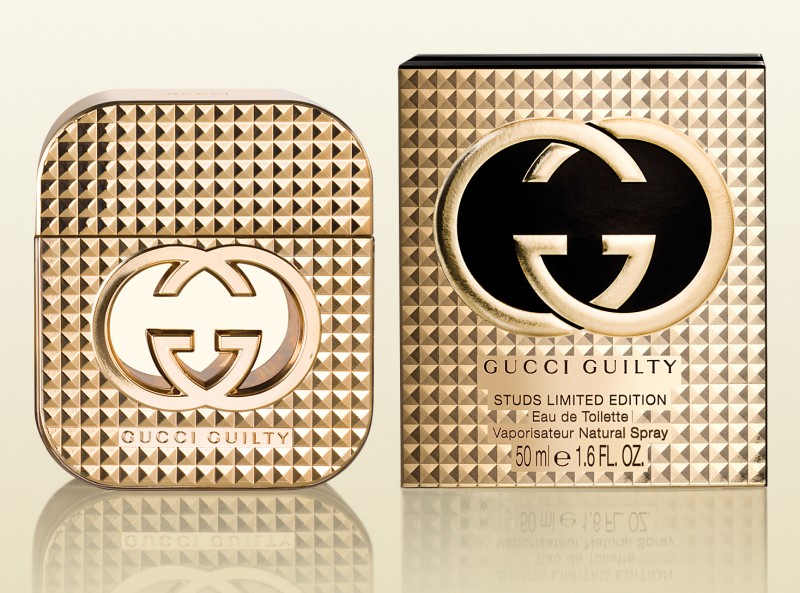 Gucci Guilty Stud Limited Edition–Gucci Creative Director Frida Giannini has announced a limited edition of the fashion house’s fragrance, Gucci Guilty. The scent will come in a flacon adorned with over 400 metal studs, in a gunmetal color variant for him and gold for her. Giannini has said that her love of the rock aesthetic was a major influence on the product and that she would “like to think of Gucci Guilty Stud as bottled rock attitude.”