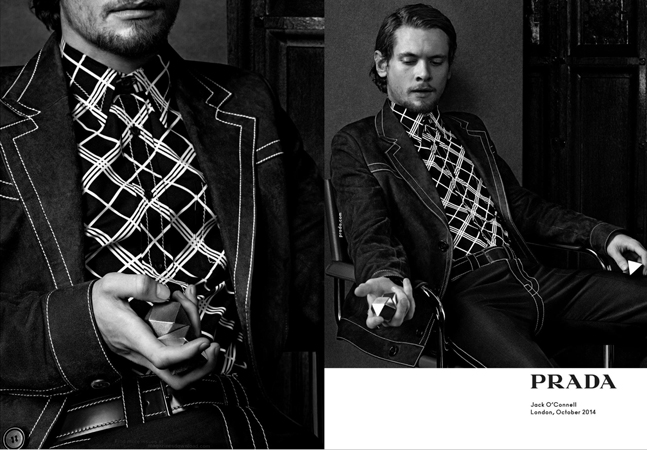 Recently hitting the red carpet in Prada, it’s no surprise that Unbroken star Jack O’Connell is the new face of the Italian label. Photographed in London, this past October, O’Connell is the latest actor to pose for Prada’s advertisements. O’Connell follows in the footsteps of James McAvoy, who starred in fall’s campaign. In a first look at the advertisement, O’Connell sits for a quiet black & white image, wearing Prada’s graphic denim, paired with one of the season’s printed shirts.