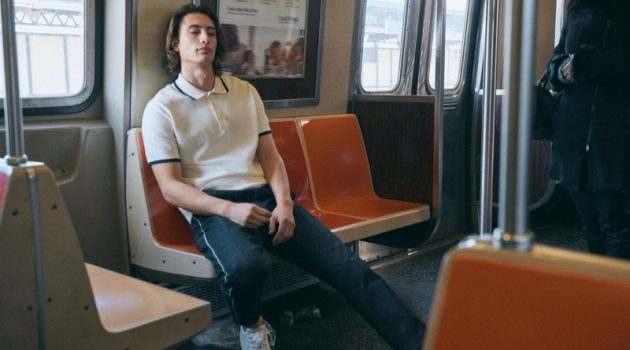 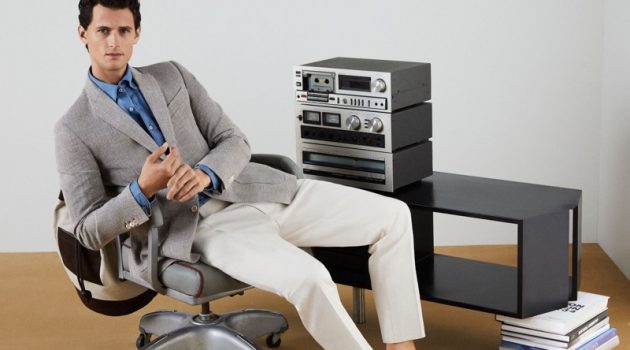 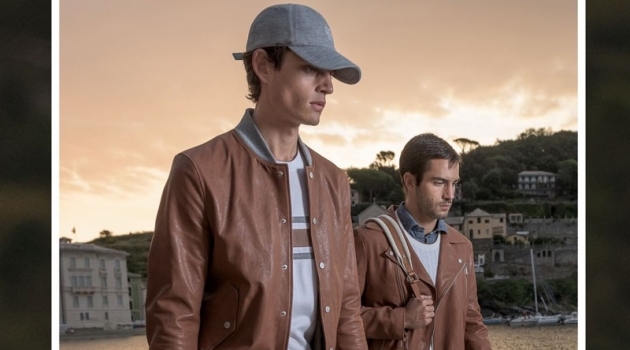 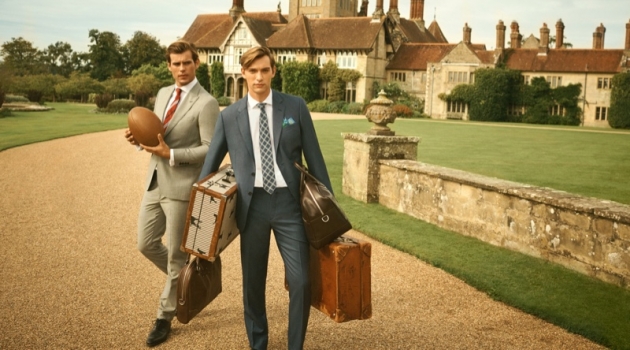 You are here: Home / Editorials / Sean O’Pry Stars in ‘Death Becomes Her’ Editorial for Paper 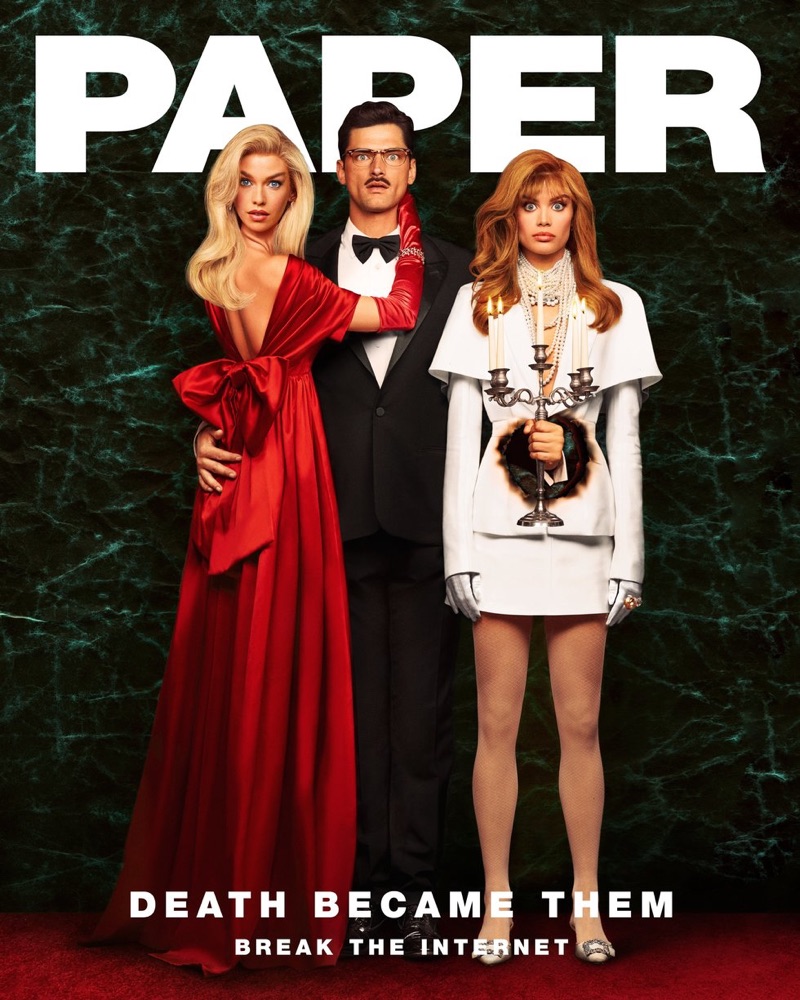 Sean O’Pry is back in the spotlight after an editorial for GQ Russia. The top model appears in a story inspired by the 1992 film Death Becomes Her. Connecting with Paper magazine, Sean is photographed by the Morelli Brothers. Stepping into the roles played by Meryl Streep and Goldie Hawn, models Stella Maxwell and Sara Sampaio join the outing. The models wear looks styled by Juliana Grimenez. Front and center, Sean sports fashions from Louis Vuitton, Versace, Gucci, and other brands. 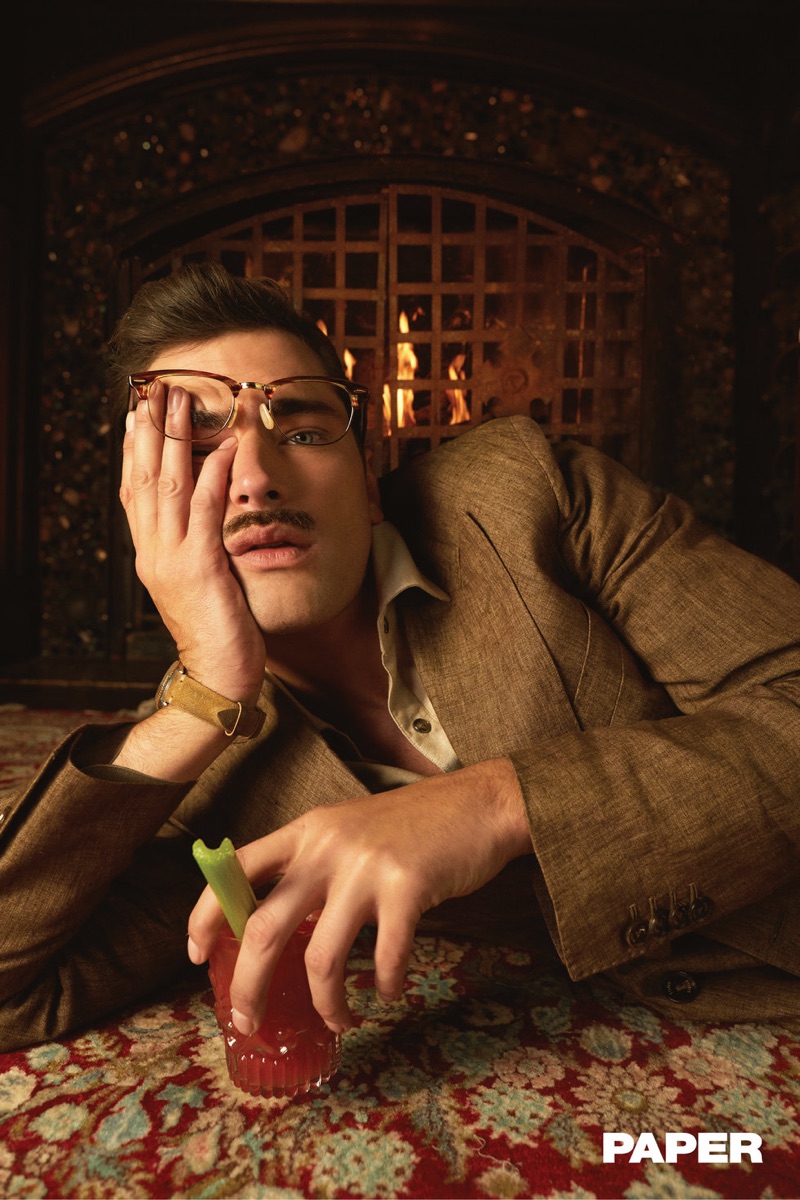 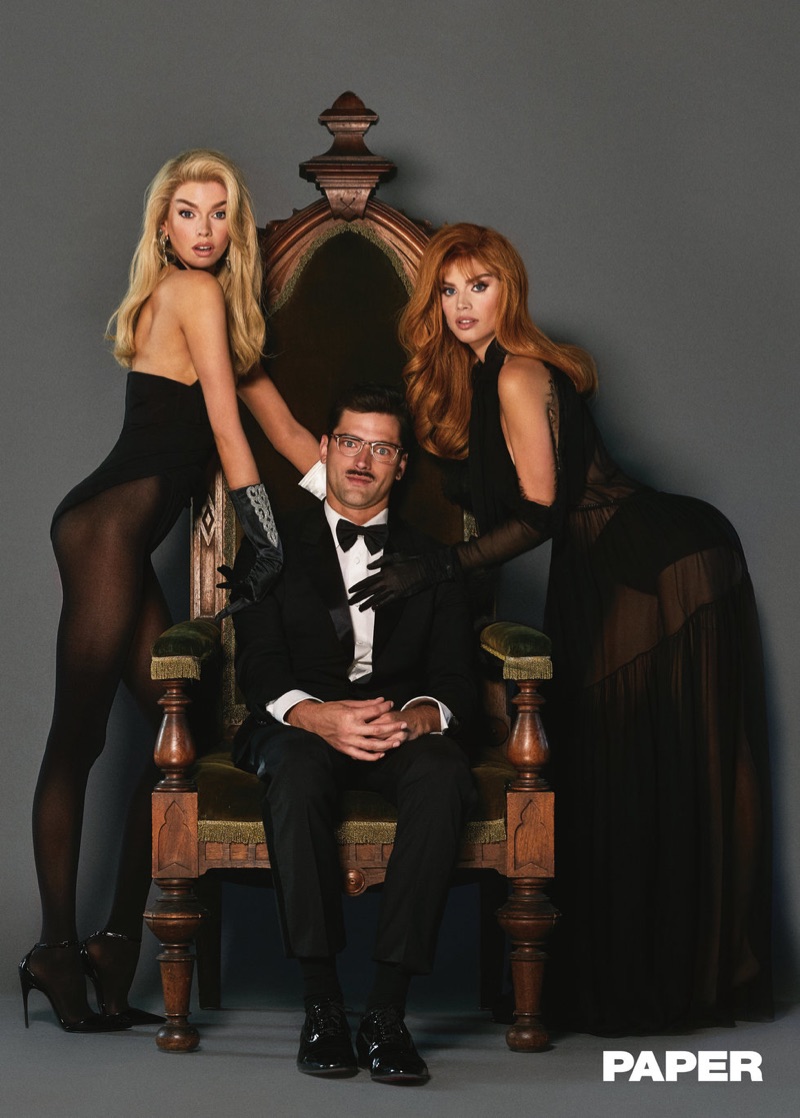 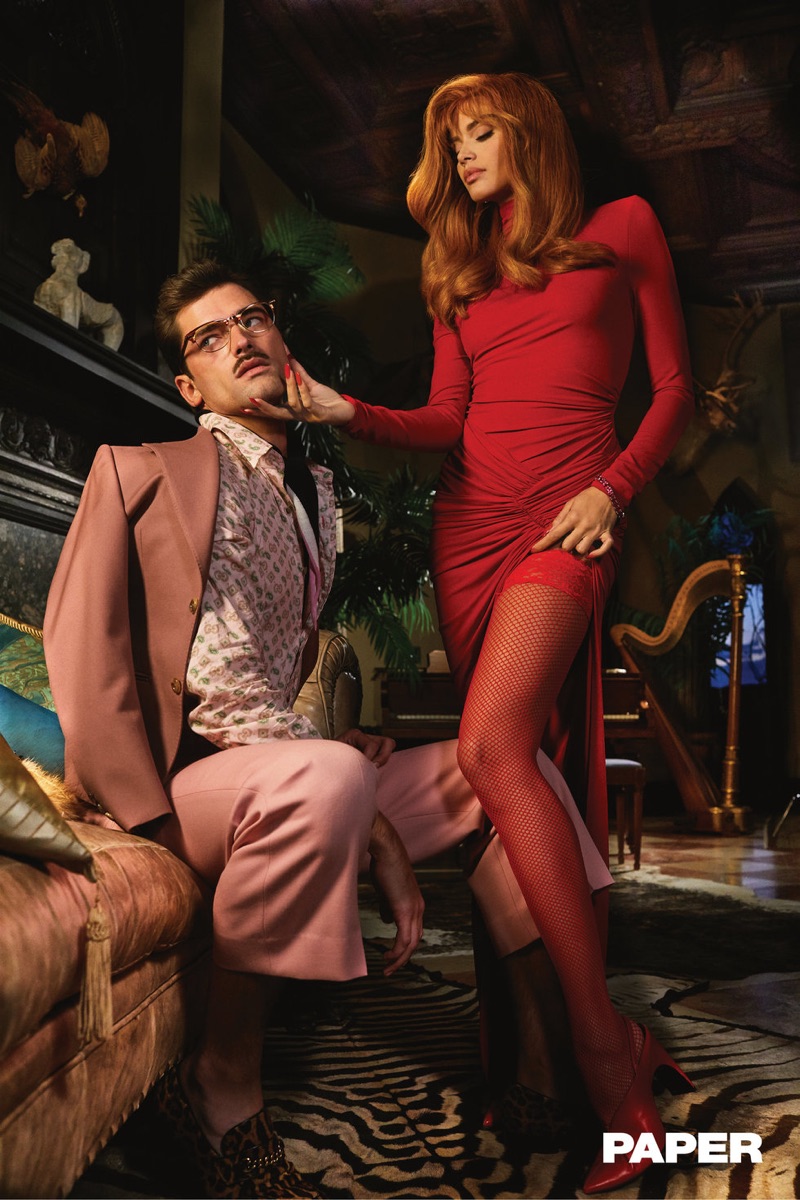 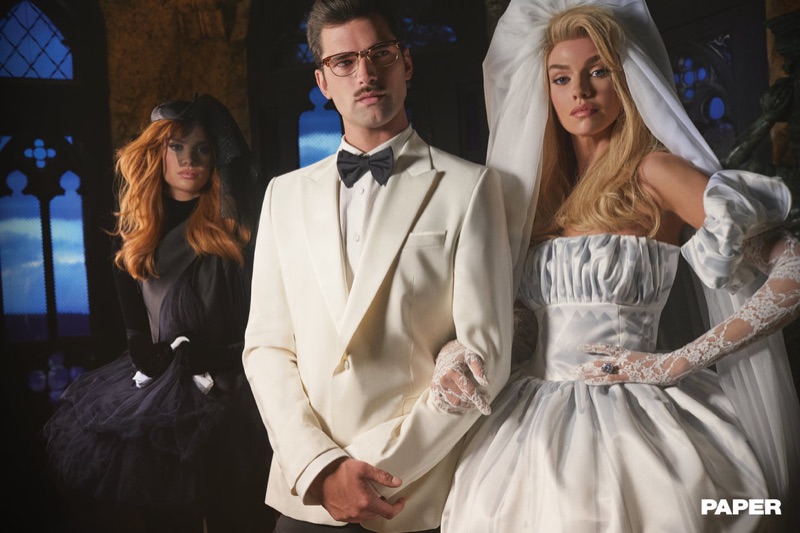 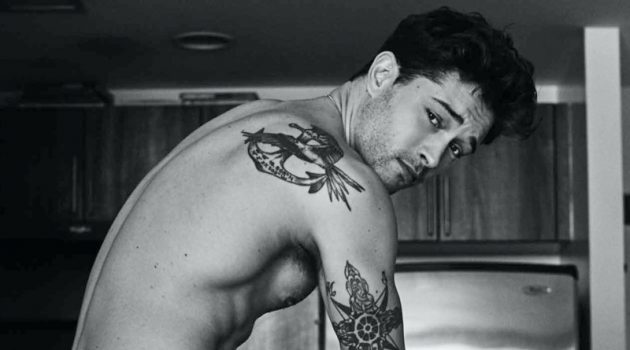 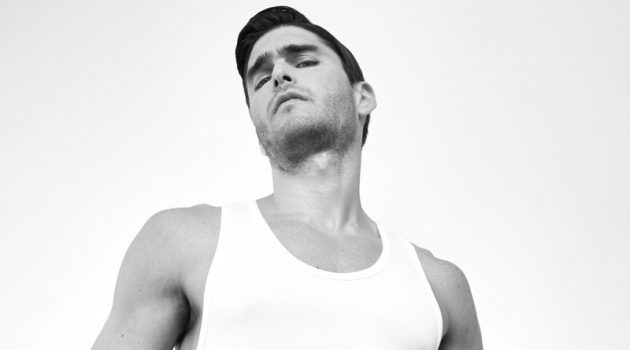 Charlie Matthews Takes to the Studio for L’Officiel Lithuania 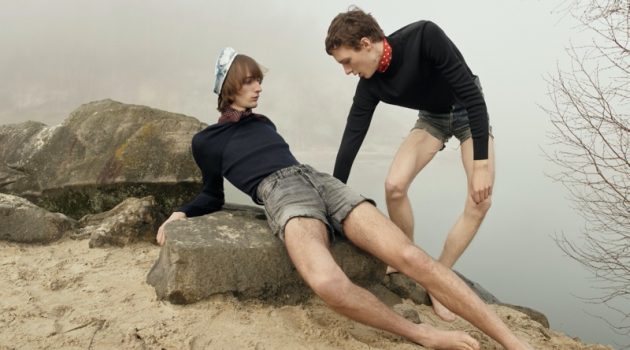