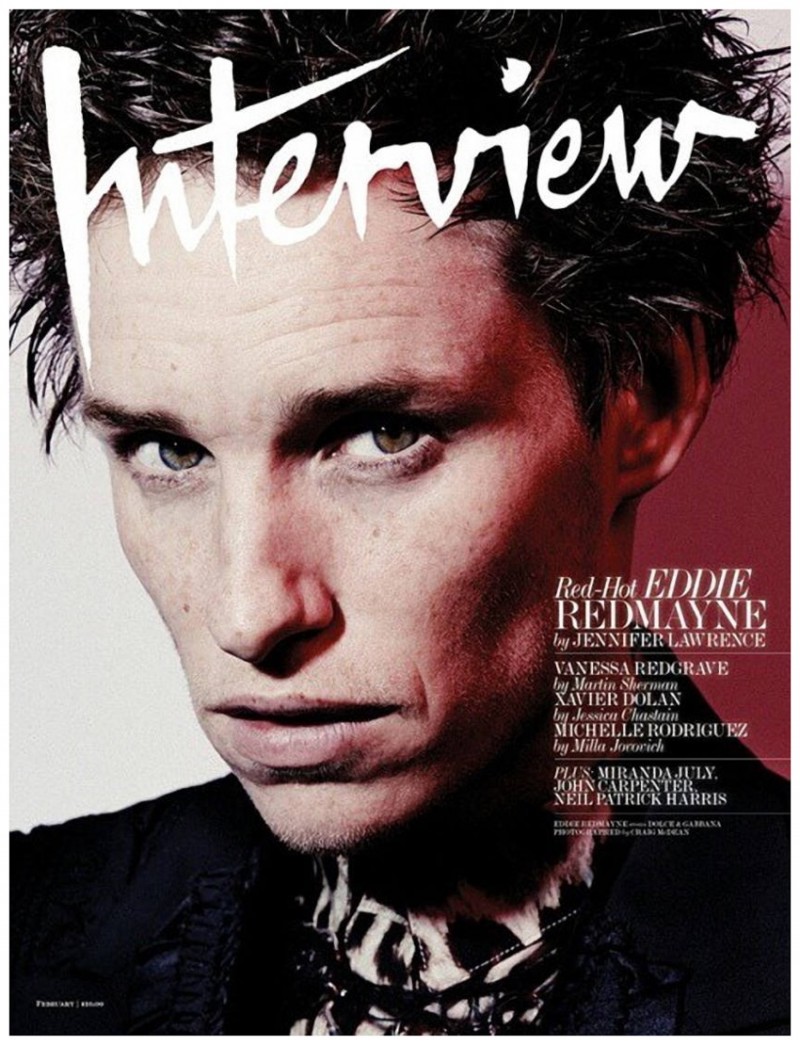 Hot on the heels of his Golden Globes win for Best Actor for his portrayal of Stephen Hawking in The Theory of Everything, British actor Eddie Redmayne covers the February 2015 issue of Interview magazine. After appearing in a plethora of fashion magazines over the last couple of months, Redmayne showcases a different style angle with the help of stylist Karl Templer. Photographed by Craig McDean, Redmayne evokes the spirit of Sid Vicious as he sports rock ‘n’ roll inspired fashions, which include leopard prints separates and lean, pinstripe suiting. 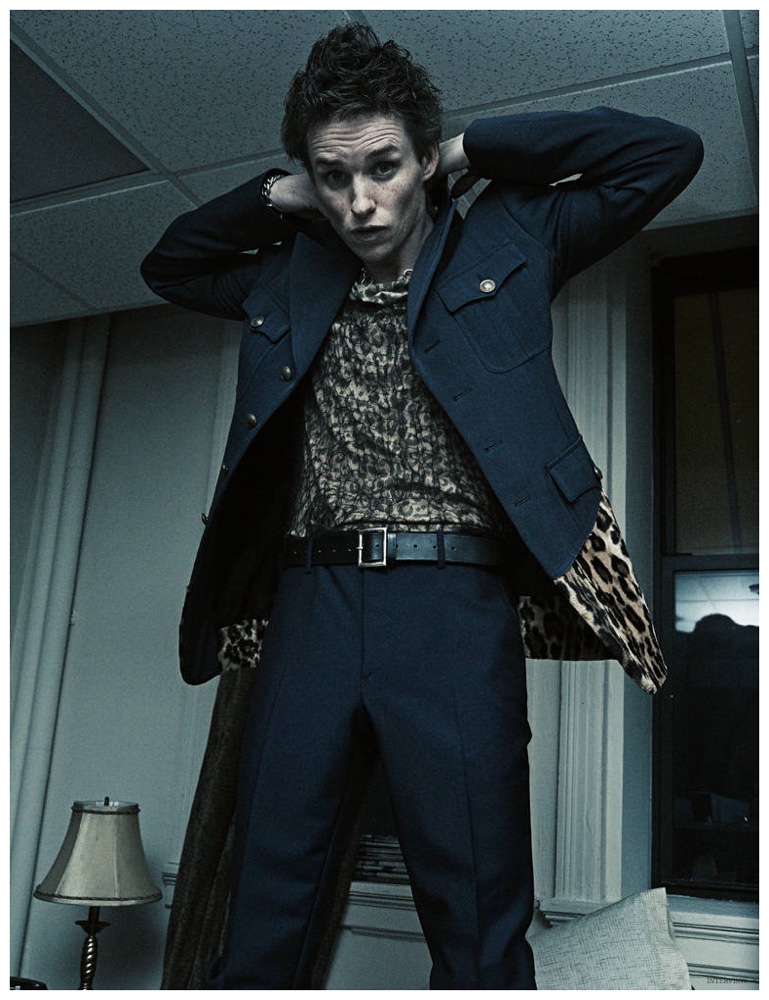 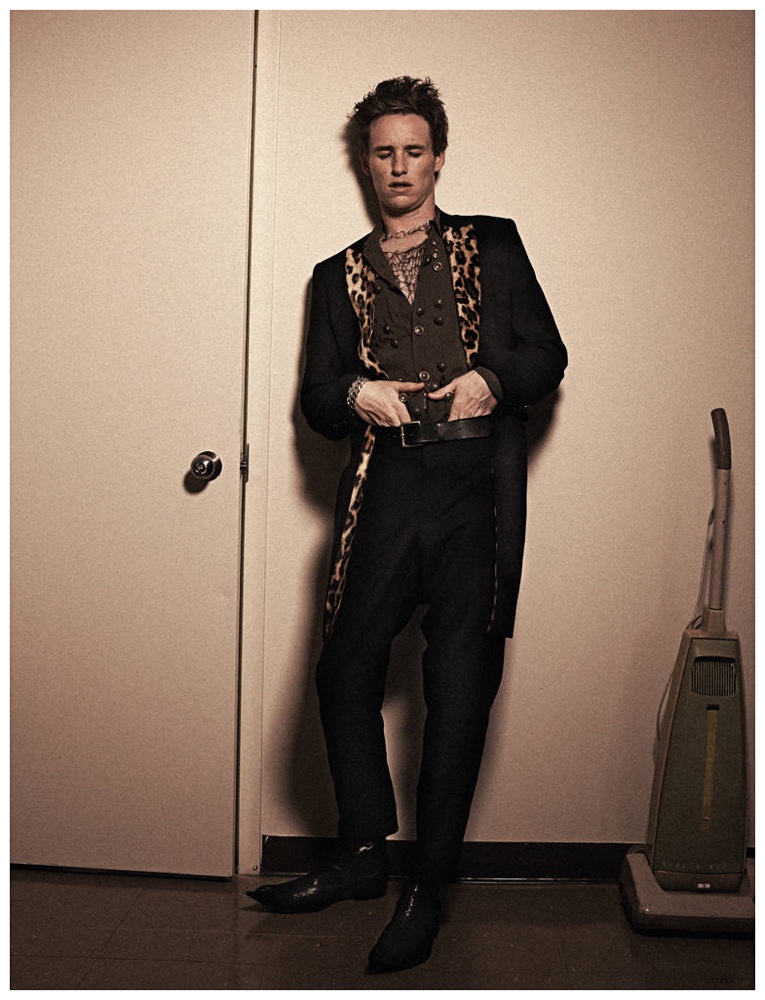 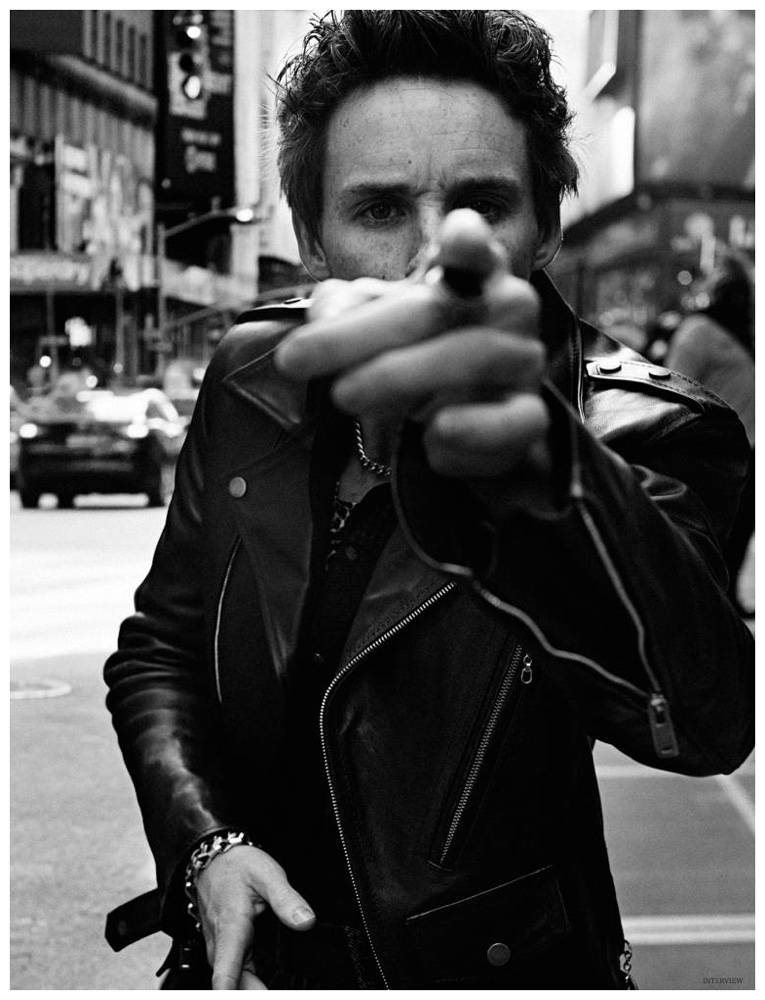 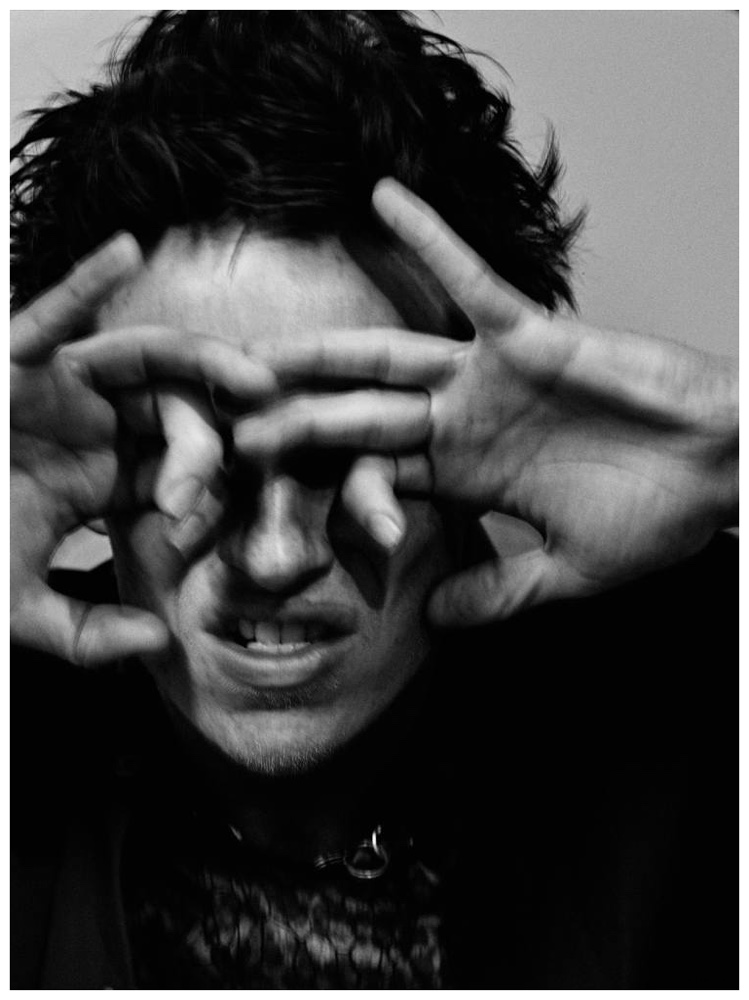 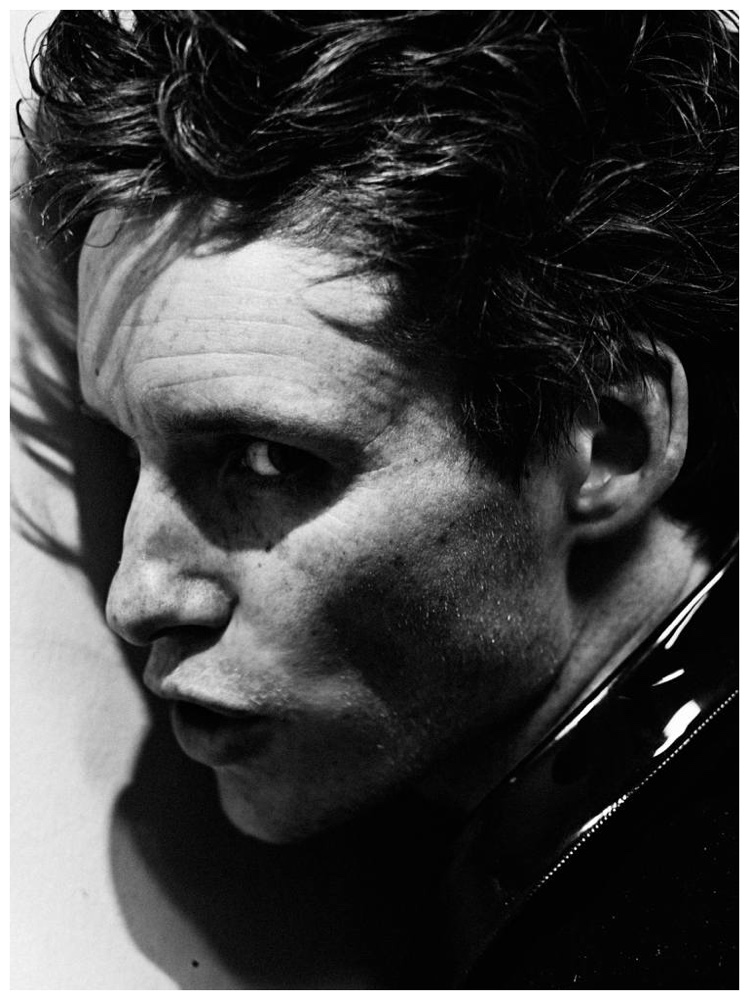 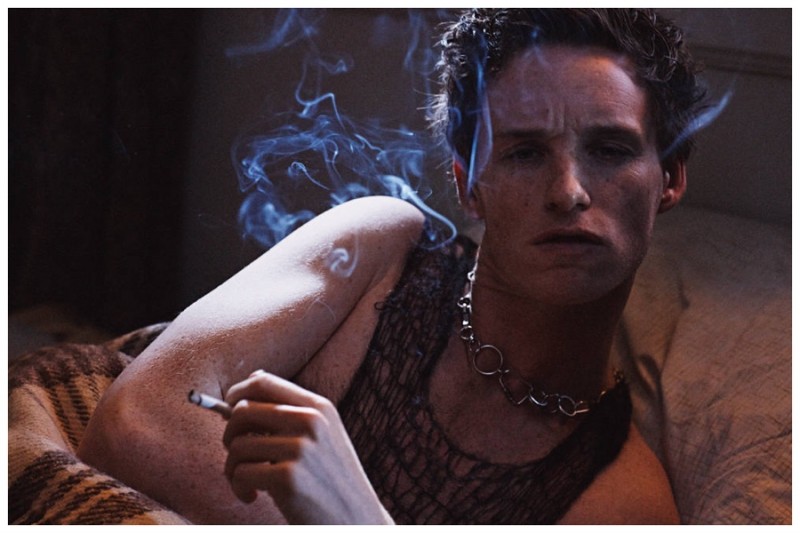