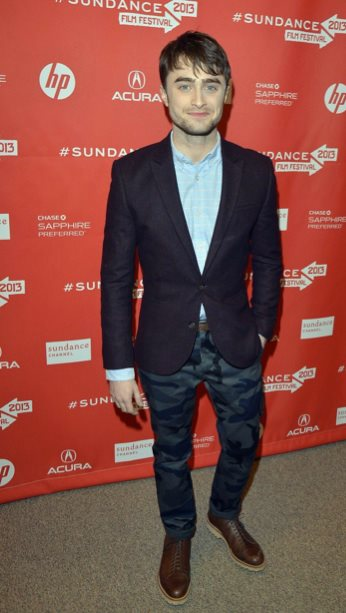 Dockers Moment-Attending the premiere of his new film Kill Your Darlings at Sundance, British actor Daniel Radcliffe puts on a pair of Dockers’ Alpha Khakis in Storm Grey Camo Print. Offered in solid colors as well as other camo colorways, the style is available from Nordstrom, Dockers online and other retailers.