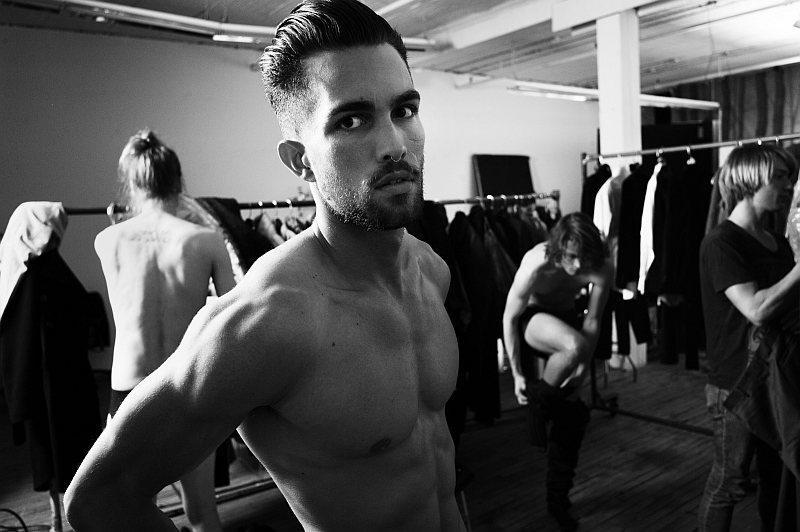 Generation Next–A few years ago, the June 2008 issue of GQ Taiwan made a huge splash, celebrating the top models of the moment in a feature photographed by Chiun-Kai Shih. Back again for another stellar series, GQ Taiwan’s next issue features the next wave of models, coming up in the ranks for that A spot. Leading up to the big reveal, images will be released from Adam Marelli using Leica M9, who was on hand during the photo shoot to capture an exclusive behind the scenes look. / Pictured–Tobias Sørensen @ VNY. Casting by Carl Barnett. Styling by Brent Coover. Grooming by Anthony Nader.