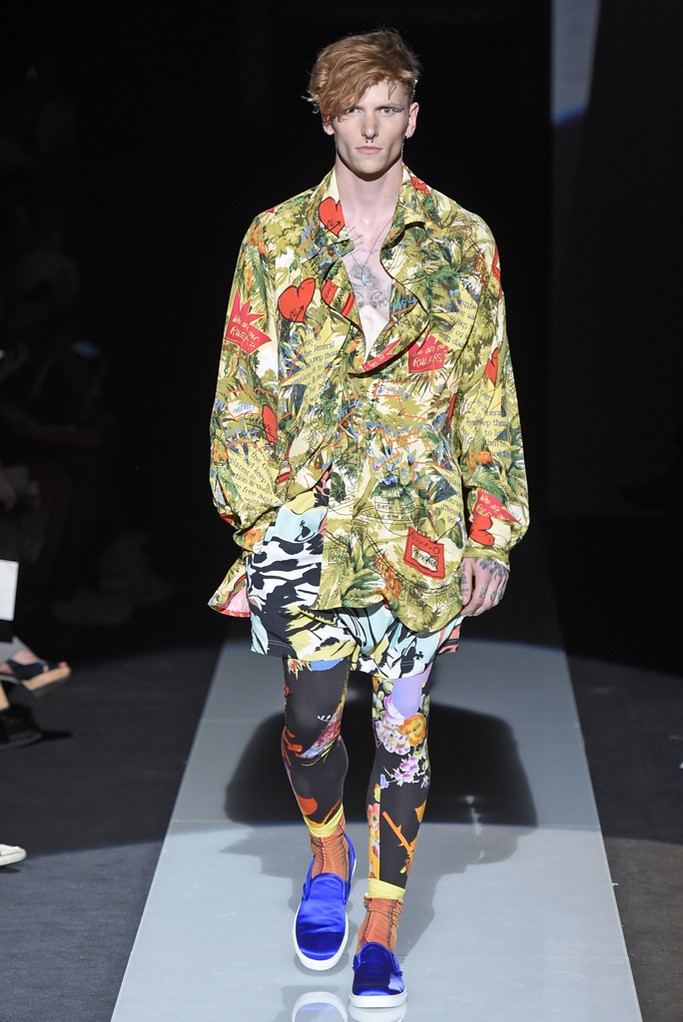 Vivienne Westwood Spring/Summer 2015–Never afraid to make a statement, designer Vivienne Westwood used her spring/summer 2015 collection to continue her protests about fracking, a gas extraction process that could be harmful to local communities. Westwood finds that the by allowing fracking, the government is treating the British people like guinea pigs. The designer explains, “They do not know what it could mean for them, their community, the local and national economy or any potential impact on healthy, agriculture and their general security and well-being. What I would really like to get over to the public is the idea that this experiment that they want to conduct on the UK guinea pig, that it will take between 10 and 15 years before they even know if it is economically viable.” What does this mean for Westwood’s latest collection? The designer delivers varied influences as usual, dressing up her “guinea pig” in tropical prints, Mad Hatter-inspired fashions and protest wear.

Florian Van Bael is Chic in Resort Style for Luisaviaroma