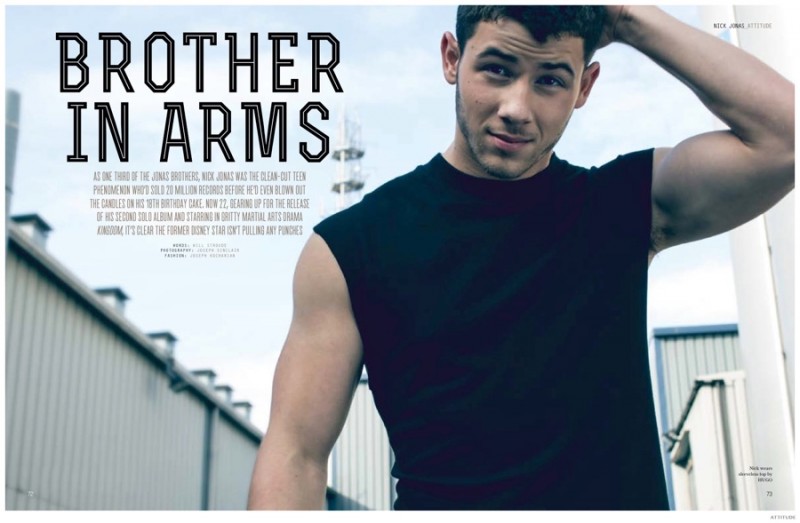 Nick Jonas for Attitude-Photographed by Joseph Sinclair, singer Nick Jonas heads outdoors for a sporty cover photo shoot, commissioned for Attitude’s December 2014 issue. Styled by Joseph Kocharian, Jonas wears active styles from labels such as HUGO by Hugo Boss and Dior Homme. Talking to the magazine about grooming, Jonas confesses, “It’s funny, I never even really thought about it; that that would be an issue. I think that I’ve never even tried to like wax or shave my chest hair or anywhere else. I just think, ‘I’m a man, I don’t really need to!’ That’s the beautiful part about being a man! It’s a whole lot of trouble to do all that! But actually when we were doing some of the Kingdom shoots in our fight-wear – which is just shorts and that’s it – one of my friends on set who’s this awesome lesbian chick was like, ‘You know what I really dig? I really dig that you don’t shave or wax – keep that up!’ And I was like, okay, if that’s coming from her then I’m all good to go!” Read more at Attitude.co.uk. 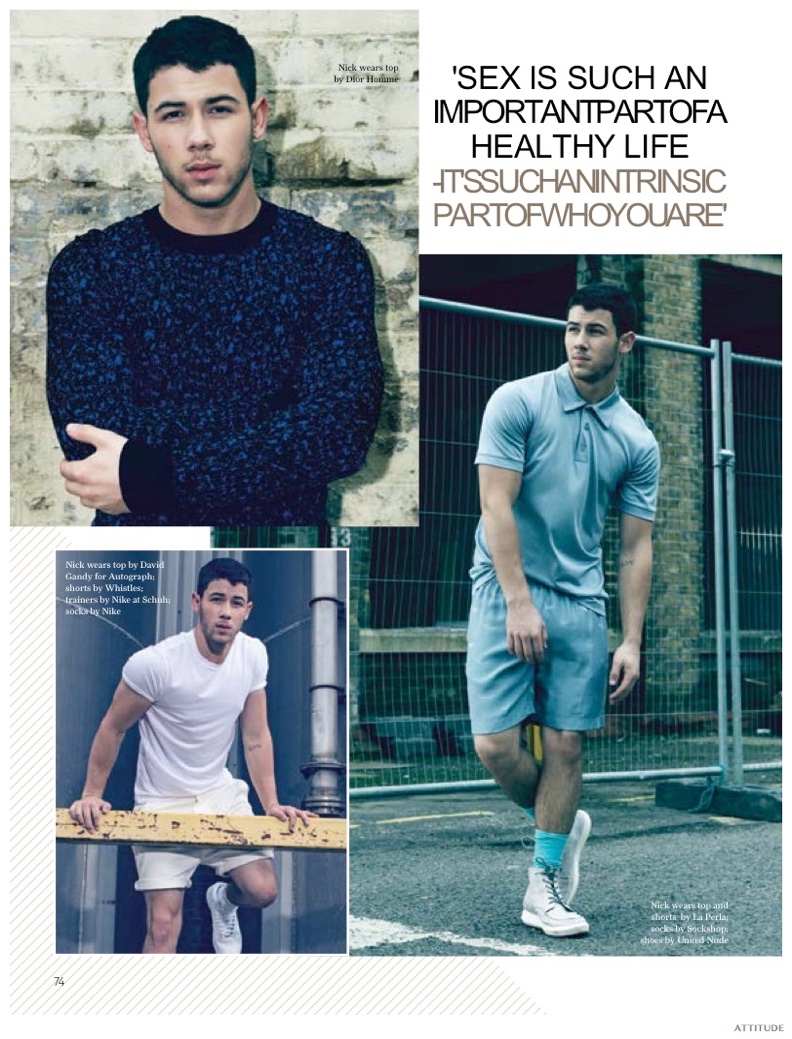 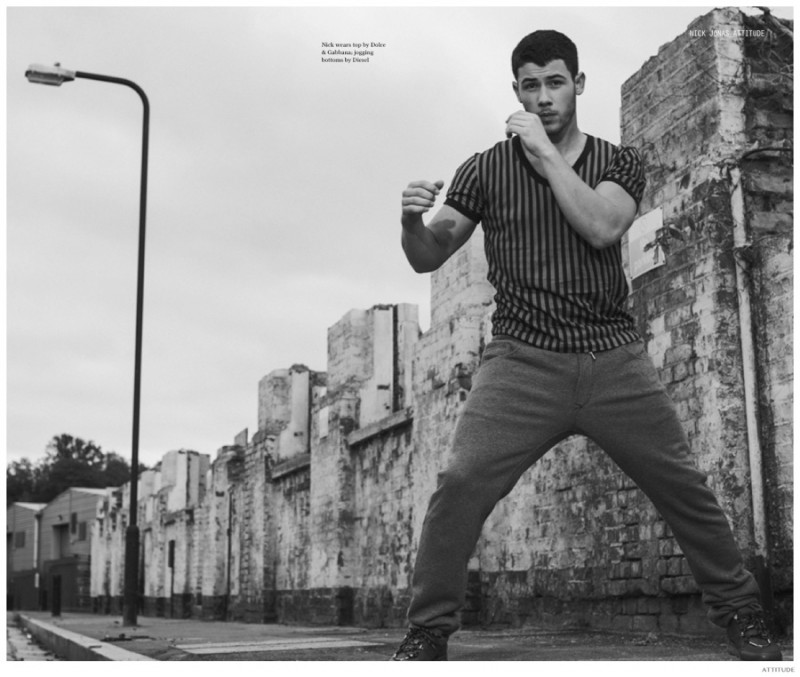 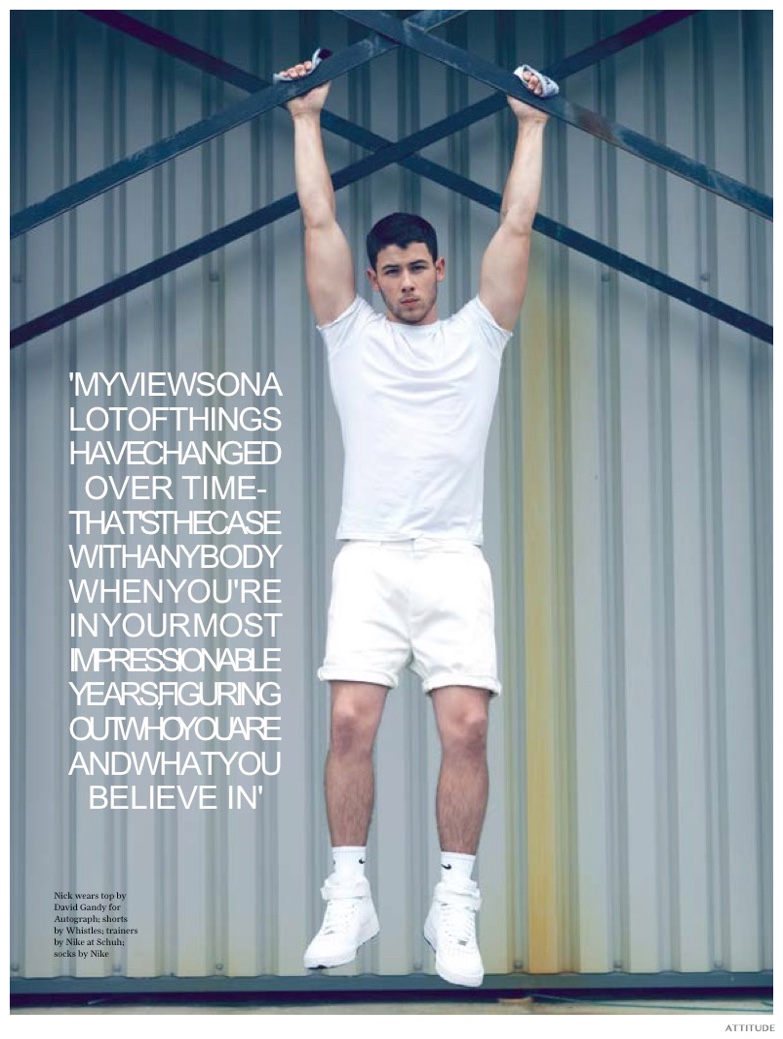 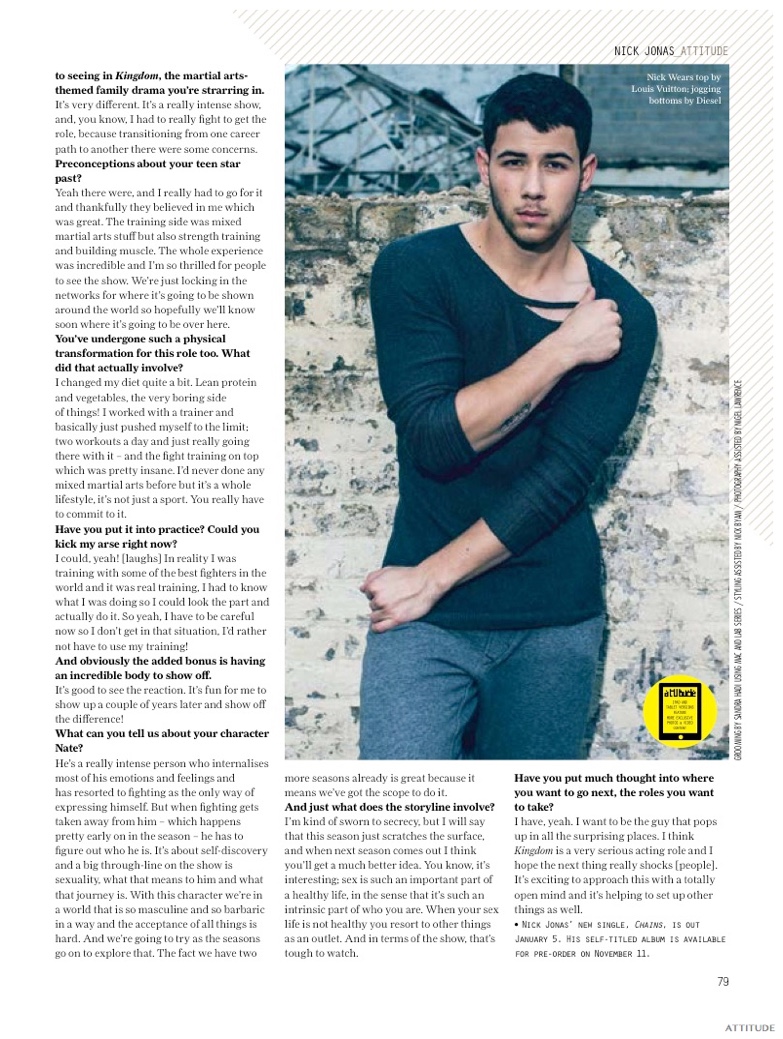