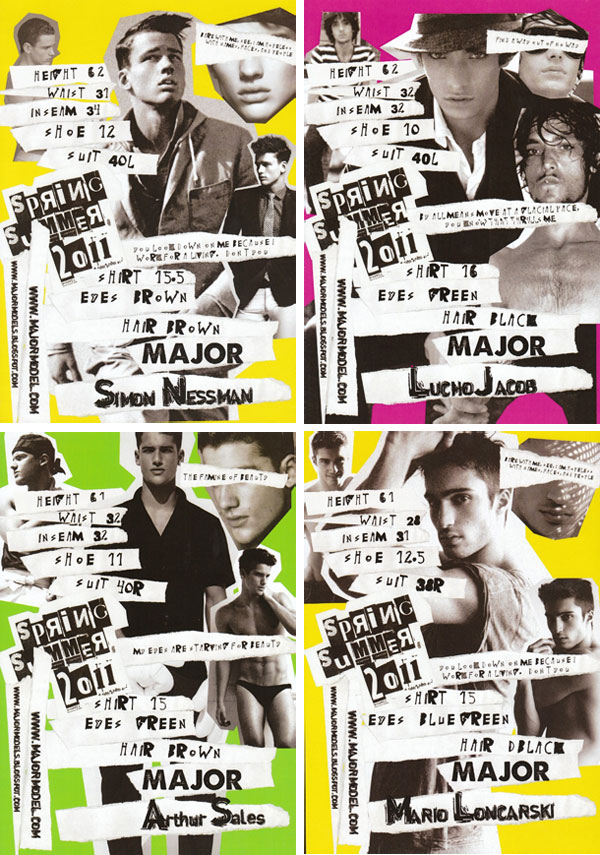 Major is proving to be more than a fine tuned body or two these days. Diversifying their portfolio and taking on a wide array of talent, the Major boy just may be the hottest fashion commodity this season. From the captivating Simon Nessman to the infectious Arthur Sales, Major has a stake in several of fashion’s most requested boys. Even when it comes to new faces, Major takes the cake. Lucho Jacob starred in a campaign this season alongside Madonna for Dolce & Gabbana, while Mario Loncarski possesses a certain charm that shoots him to the top of new talents. Rounding out the mix with editorial gold in the form of Oskar Tranum and Patrick Kafka, Major is sure to live up to their name with another stellar season.