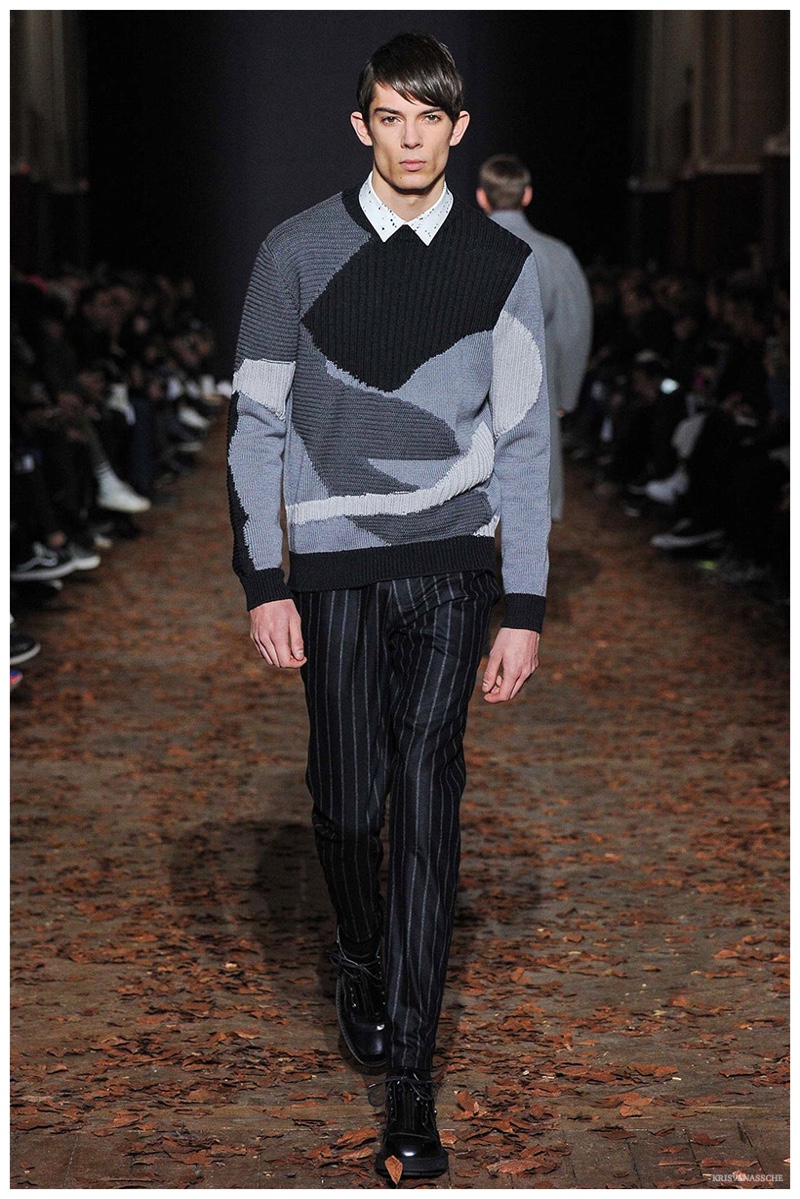 Entitling his fall-winter 2015 menswear collection Concrete, Belgian designer Kris Van Assche infused his concept of seamless daily style with the image of the urban man. Van Assche explains, “For this season I had in mind the image of an urban soldier. It is fundamentally an urban collection because I like suits, active wear and active characters. This time, I wanted the sporting element that I frequently return to, to be almost military in feel. I could imagine a guy on a bike in New York risking life and limb–a sort of city warrior. I wanted a look that felt streamlined rather than relaxed: energetic, fast, precise. In many ways it is an idea of sportswear meeting the New Wave; technical clothes with an aggressive, post-punk tailored attitude.” The designer’s vision translated into the transformation of a slim-fit suit. The lean structure gave way to a cycling ensemble featuring layering and a camouflage print. A military motif also played a role in the new collection with strong prints and aggressive details.