You are here: Home / Celebrity / James Franco+ Seth Rogen Star in ‘The Interview’ 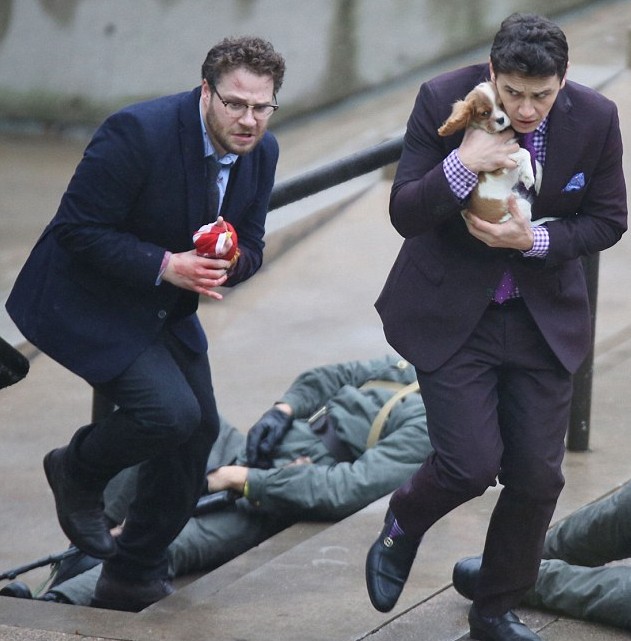 The Comic Assassins–Sony just released its trailer for The Interview, to be released this fall. The action-comedy stars James Franco and Seth Rogen as two funny guys who run a celebrity tabloid show. The duo discovers that Kim Jong-un is a fan of their show, and when the two prepare to travel to Pyongyang to interview the dictator–lo and behold–the CIA makes them guns-for-hire in one of the most dire missions to assassinate the country’s leader. On paper, the concept is definitely on the dark side. But watching these two doofs-turned-detectives is well worth the $10 for admission.