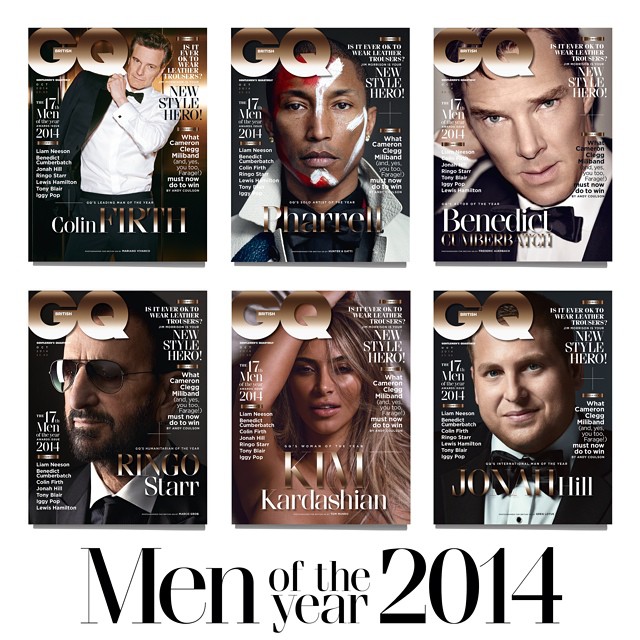 2014 Men of the Year-Hot on the heels of recognizing its ‘Men of the Year’ for 2014, British GQ releases six new covers for its October 2014 issue. Photographed in tuxedos, Colin Firth, Pharrell, Benedict Cumberbatch, Ringo Starr and Jonah Hill are joined by GQ’s ‘Woman of the Year’ Kim Kardashian. The issue with all its covers hits newsstands today.